He passed away in a hospital in Abuja on Friday morning after a long battle with an undisclosed illness. 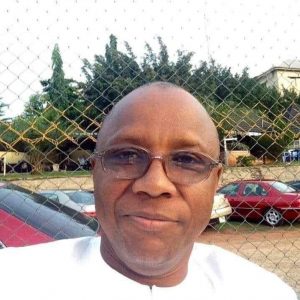 “Mustapha Hassan was a great leader whose leadership had a profound impact on our community.

“My sincere condolences to his family, friends, and everyone who knows him. 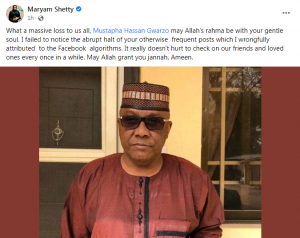 In a similar vein, a leader of the All Progressives Congress (APC), Maryam Shetty, said: “What a massive loss to us all, Mustapha Hassan Gwarzo may Allah’s rahma be with your gentle soul. I failed to notice the abrupt halt of your otherwise frequent posts which I wrongfully attributed to the Facebook algorithms. It really doesn’t hurt to check on our friends and loved ones every once in a while. May Allah grant you jannah, Ameen.”