Palpable Crisis is looming in the All Progressives Congress, APC over the inclusion of a Withdrawal Letter in its 2023 Presidential Nomination Form, POLITICS NIGERIA has gathered.

Some Presidential Aspirants in the party have declined to sign the letter on the basis that it could be a move to force a consensus candidate on them.

This has also been seen as a move to protect the party from court cases/litigation.

The withdrawal letter, seen by this newspaper, has to be signed before a Commissioner of Oath/Public Notary before submission with the following declaration; “I hereby voluntarily withdraw my candidacy from the contest. My withdrawal is in the best interest of our great party, the All Progressives Congress.”

Speaking on the development, Senior Advocate of Nigeria, Babatunde Ogala opined that the addition of the letter “might be wrong.”

“It might lead to a lot of problems including litigation because you can’t ask a man to withdraw from a process that you have not even started.”

He queried why the party will have members purchase the form only to assent to withdrawing from the contest before even participating in the process. 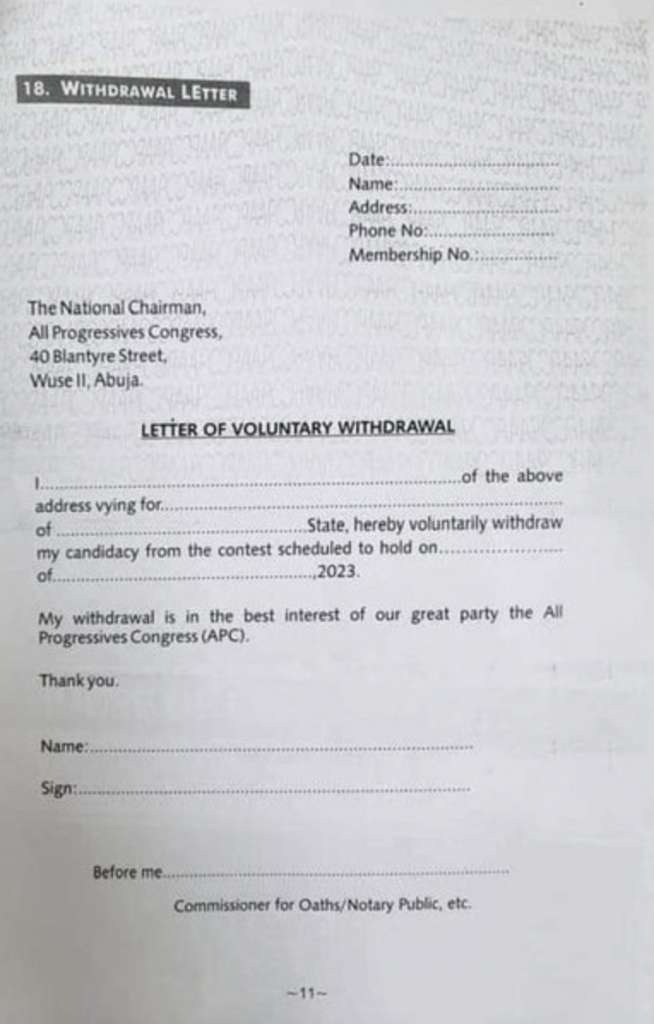