Ohanaeze Ndigbo Youth Council Worldwide has revealed plans to consults some prominent Nigerians on the need for an Igbo President in 2023.

The group said that the likes of the former aviation minister, Chief Femi Fani-Kayode, Ango Abdullahi, Junaid Mohammed, ACF Scribe Sani, and Coalition of Northern Groups would be consulted.

“Ohanaeze Ndigbo Youth Council Worldwide lauds Nigerians irrespective of tribe and religion who believe in the principle of equity, justice and fairness in the country.

“For proper integration, Unity and maintenance of healthy democracy, the South East should be encouraged to adopt the Yoruba Model of 1999, and Northern Model of 2019 were major political parties in 1999 adopted all Yoruba candidates and in 2019 were PDP and APC featured all Northern Presidential Candidates!! They should respect the rotational Presidency structure. What is good for the Goose is also good for the Gander.

“A Nigerian President of Igbo stock will soon emerge, and we have activated Unity of purpose among the ranks and files stakeholders of Igbo.

“It is an assemblage of tested sons and daughters with proven track record of accomplishment in their various areas of expertise and human endeavour.

“They have devoutly placed the collective bargain and aspirations of Igbo ahead of other interests.

“These persons are determined through moral persuasion and well articulated Master plan designed by late Chuba Okadigbo of blessed memory, as a guiding principles and Compass to methodologically and systematically build bridges across the country and form alliances with all, and consciously ensure the enemies within are suppressed with truth and reconciliatory measures to prevent the repeat of Jos Convention PDP 98, were few Igbo leaders sold out against Dr Alex Ekwueme.

“This committee will be under Natural oath of allegiance to the great Igbo deity, never to betray this Igbo Presidency project whose time has come. There’ll be effort to address Biafra agitators to mellow down and allow God’s will to be done.

“After due consultations with all the 69 OYC affiliated groups, students Union leaders, opinion and Community based leaders, respected and erudite statesmen, Igbo Traditional Rulers, Religious leaders, Women leaders and importantly our politicians, it’s collectively resolved that Mazi Okechukwu Isiguzoro should head the 27 Man-2023 National Committee on Igbo presidency project, with a clear mandate to reach out to all and Sundry especially those detractors who are yet to see why their Zones shouldn’t hold on to power beyond 2023.

“There’s nothing amiss like in a multi party democracy, to engage your opponents through fruitful discussions, dialogue and moral persuasive speech aimed at Cross fertilizing ideas on Igbo presidency project.

“On that note, ACF Scribe Sani, Junaid Muhammed,Anglo Abdullah, FFK, Coalition of Northern Groups and other Critics, as well as those who had openly declared support for the Igbo Presidency struggle are top of the list to be consulted.

“We insist everyone will be consulted to gain confidence of all Nigerians before the end of 2021.

“Igbo Youths wish to state categorically that the current 2023 Igbo Presidency National committee is open to all Nigerians to join not necessarily limited to Igbo folks.

“It’s subject to ratification and review periodically to fine turn with the realities on ground and consideration to the fact there will be attempt to blackmail or canjole or derail this people’s movement.

“We are fully aware of the fact that some elders who are advised to play advisory role may not be comfortable with the new role, but we assure them only their blessings are required until 2023 Presidential election draws nearer, were they’ll openly play prominent roles.” 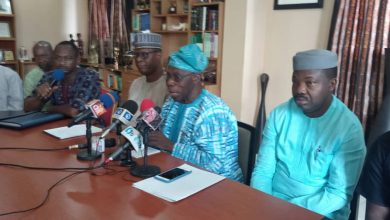 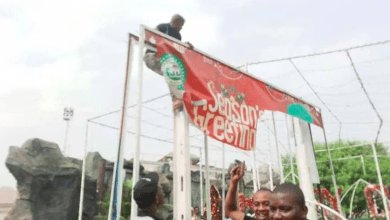