Among the 23 new COVID-19 cases that were recorded on Wednesday evening, five cases were confirmed in Akwa Ibom state.

As Nigeria grapples with containing the spread of the disease, the number of confirmed cases has continued to increase with Lagos leading the pack with the highest cases in the country.

Although the Nigeria Centre for Disease Control (NCDC) has not given details on how the five cases contracted the infection, there are certain actions of the Akwa Ibom government that affected the spread of the disease to the state.

While other states closed their borders earlier, the Akwa Ibom government lingered until last week when Nigeria’s cases have hit 50.

A coalition of healthcare professionals in Akwa Ibom noted that despite the rising spread of the pandemic in the country, entry of persons into the state through its land and sea borders remained unchecked, without any screening.

This was contained in a communiqué signed by the coalition made up of the Akwa Ibom state branches of the Nigerian Medical Association (NMA) and Pharmaceutical Society of Nigeria (PSN) issued last week.

“While passengers travelling through the Victor Attah International Airport are being subjected to screening, no screening of any kind is being conducted at our land and sea borders with Cross River State, Rivers State, Abia State, Cameroun and Equitorial Guinea where the majority of travellers pass into Akwa Ibom State,” they said.

To address this, they urged the government to set up surveillance screening posts at all road and marine entry points into the state.

Despite repeated assurances by the State Commissioner for Health, Dr Dominic Ukpong, that the state has fully-equipped Isolation Centres, the Healthcare Professionals argued that an Isolation Centre for COVID-19 cannot be said to be fully equipped and operational without the availability of ventilators.

“We also demand that the Government immediately equips the Isolation Centres in Infectious Diseases Hospital, Ikot Ekpene and University of Uyo Teaching Hospital with ventilators,” the communiqué read.

The coalition called for financial and material donations from corporate bodies in the state, philanthropists, political leaders, faith-based organizations and well-meaning individuals, to support the State Ministry of Health’s response on COVID-19.

They noted that “these donations apart from cash can be in the form of the much-needed ventilators, hand sanitizers, gloves, face masks, and other PPE [Personal Protective Equipment].”

In line with the directives of the Presidential Taskforce on COVID-19, they called for a ban on social gatherings above 50 persons, as well as the closure of relaxation spots, entertainment centres, clubs and bars in the state.

Asides for the lack of proactive measures, while other states shut down schools, Governor Udom Emmanuel delayed.

He said since there was no confirmed case of the novel coronavirus in the state, there was no need to shut down schools.

However, experts have hinted on the possible rise in the figures in the coming weeks as the contacts of those cases are being tracked.Recall that President Muhammadu Buhari had ordered a 14-day lockdown in Lagos, Ogun and FCT.

Some other states like Osun, Kogi, Kwara and Rivers have shut their borders and banned inter-state travels. 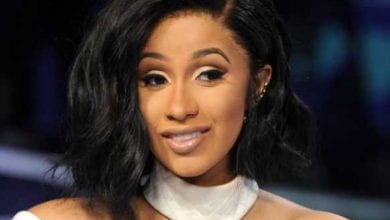