A Federal High Court sitting in Abuja has ordered the release of Muhammed Sanusi, dethroned emir of Kano from illegal detention.

The presiding judge, Anwuli Chikere, on Friday, gave the order in an ex-parte motion brought by the team of Mr Sanusi’s lawyers led by Fagbemi Lateef.

He also granted the prayers for all the respondents to be served through substituted means should it become impossible to personally effect the service.

Mr Sanusi is being represented by 12 senior advocates. They approached the court on Thursday.

This newspaper also reported how security operatives harassed his visitors. Sanusi is still in Awe and will be meeting the Governor of Kaduna State, Nasir El-rufai today. The apartment the Emir is confined to is surrounded by a combined team of Police officers and DSS personnel. 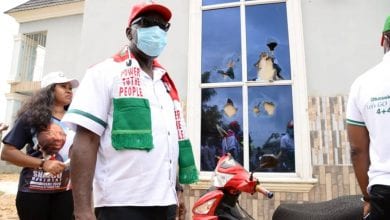