Buoyed by the public appraisal of a south-west security outfit codenamed ‘Operation Amotekun’, the southeast governors have demanded a similar one for a region.

Chairman of the South-East governors’ forum, David Umahi who echoed this on behalf of the region’s governors, disclosed how pertinent it is at the present for the region to kickstart its own security outfit.

Playing host to the General Officer Commanding 82 Division of the Nigerian Army, Lasisi Adegboye, in Abakaliki, the State Capital, Governor David Umahi stated that the intent of the conception was to protect lives and properties of citizens in the area. He went on to say that “every region has its own peculiarities and we have formed our own joint security task force and we have written to the federal government”.

Umahi revealed that his state’s security outfit, the ‘Neighbourhood Security Watch’ was cloned by the Southwest governors in the controversial Amotekun project. The success of it, he said resulted in Ebonyi being considered the safest state in the country.

Nigeria’s south-east region consists of Abia, Anambra, Ebonyi, Enugu, and Imo states. If the region successfully pulls off this initiative, it would be the second time the federal government would accent to regional security architecture. The first accent followed a declaration by the country’s attorney general outlining the illegality of a southwest security creation, an action which sparked public outcry.

The federal government, however, distanced itself from the pronouncement when it reached a consensus with the South-West governors on a legal framework for the establishment of the Amotekun outfit.

Does the Southeast need to replicate the Southwest in creating a
regional security framework?

The argument for and against the creation of a similar security outfit by the east became a debatable issue since the news about the intent of the governors of the region became public.

A majority agree to the creation, laying their opinion to the need for a joint internal policing to curtail crime and most importantly herdsmen-farmers crisis. They argue that if the ‘impending terror group’ is to ever be contained, all regions in the country need to trigger the security apparatus in the country by setting up a regional policing initiative.

Others are against any creation similar to Amotekun in the southeast. This section of the public argues that security is a matter of approach and the southeast’s approach to it has so far been successful. They, therefore, urged the governors of the region to back off from it.

Statistics by StatiSense on Insecurity in Nigeria in 2019 favours this claim. This stat claims that the Northwest had 597 (43 percent) cases of kidnapping that year. Consequently, South-South had 276 cases(20 percent); North Central, 228 (16 percent); North East, 180 (13 percent); South West, 86 (6 percent) and South East, 20 (1 percent). It is said that while Enugu State worked on Forest Guards reconstitution, Abia State designated a Ministry of Homeland Security. Also, Ebonyi State constituted an initiative similar to that of Abia state, as did Anambra state.

The name of the initiative isn’t yet revealed although the public has already engaged in fanciful denotations. Meanwhile, it is yet uncertain whether the federal government would assent to the conception presented to it. The likelihood of it following the Amotekun Lane is doubtful, as all the five governors of the region are yet to voice out on it.

How the southeast replica would function in terms of operation given the fact that the South East is the safest zone in Nigeria is also yet unknown.

The zone is considered by the Nigerian Police as one in the country with the least case of banditry. 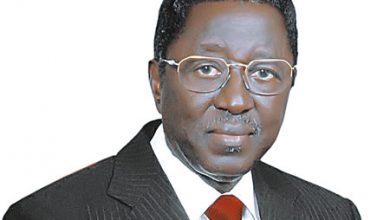 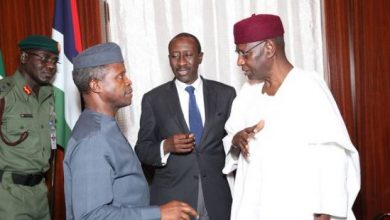