Activist, Rinu Oduala has been criticised for questioning the move by the outlawed Indigenous People of Biafra (IPOB) to influence people to sit at home during the upcoming Anambra governorship election.

Rinu had described the action as “foolhardy”, which made many social media users to tackle her.

POLITICS NIGERIA recalls that IPOB had declared November 5 to 10 as days for sit-at-home in the South-East to put pressure on the Federal Government to release its leader, Nnamdi Kanu, from detention.

“This IPOB’s move to sit at home during the oncoming elections seem foolhardy to me. What’s the end game??” Rinu tweeted on Sunday evening.

The 2021 Anambra State gubernatorial election will take place on November 6, 2021, to elect the Governor of Anambra State. Incumbent All Progressives Grand Alliance (APGA) Governor Willie Obiano is term-limited and cannot seek re-election to a third consecutive term. Pro-Biafra group, IPOB, has its main aim of restoring an independent state of Biafra in the Old Eastern Region of Nigeria. Part of its strategies is civil disobedience. The group was founded in 2012 by Nnamdi Kanu, a British Nigerian political activist known for his prominent advocacy of the contemporary Biafran independence movement. 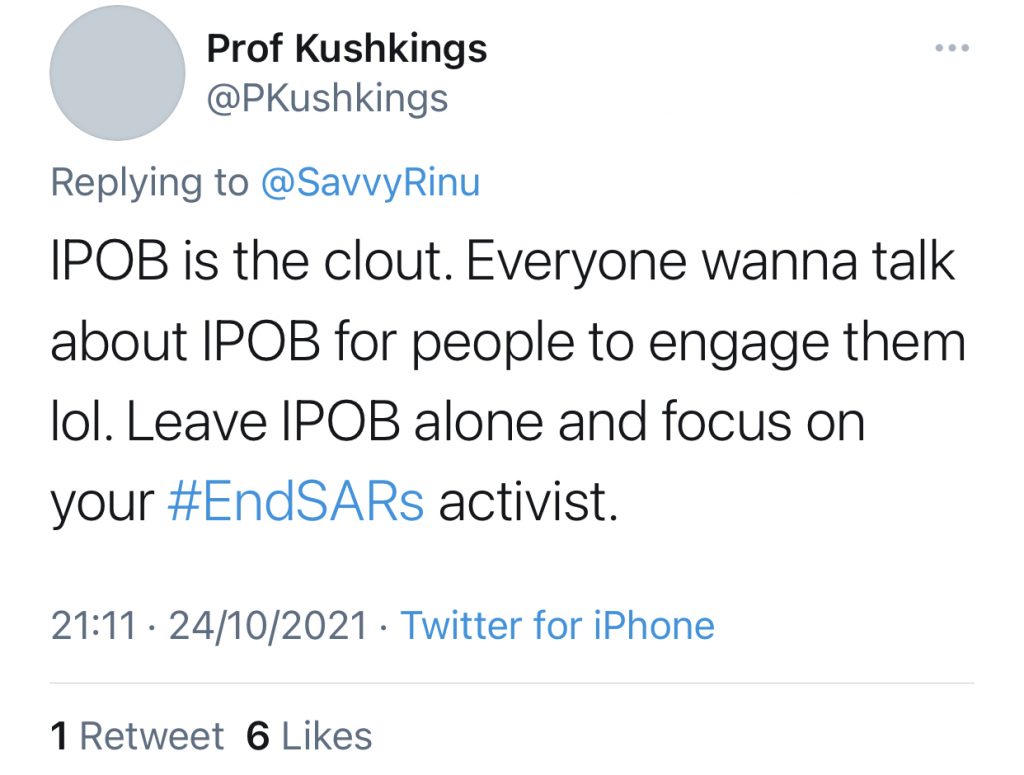 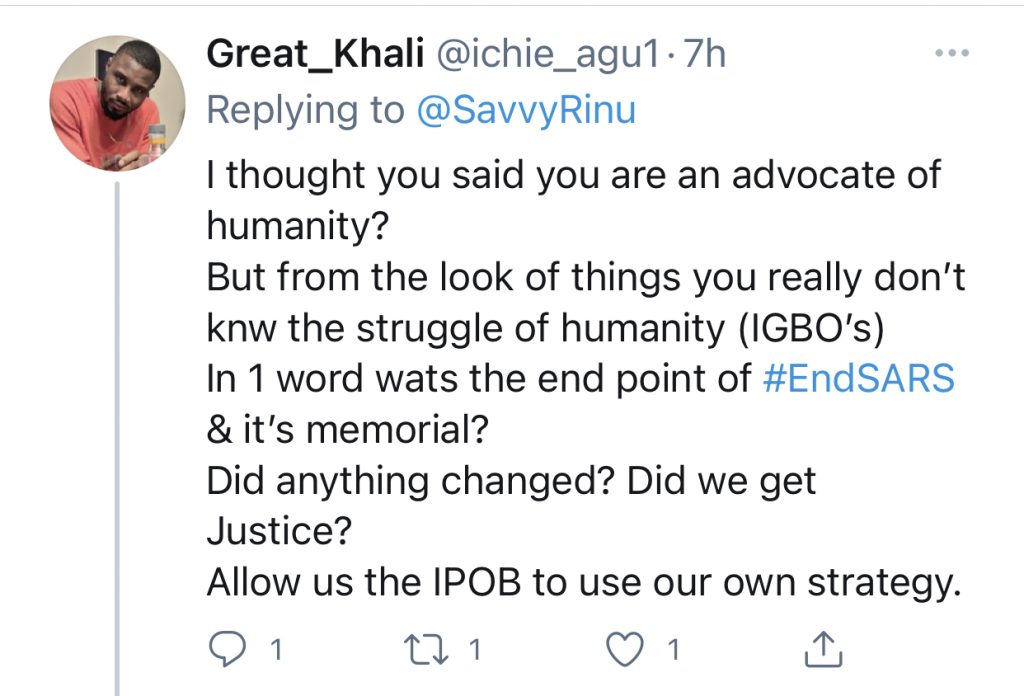