The All Progressives Congress, APC has released a price list for its Nomination Forms for the Presidential, Governorship, House of Assembly, House of Representatives and Senate Elections.

This was released after the party had its National Executive Council(NEC) meeting at Transcorp Hilton, Abuja on Wednesday. 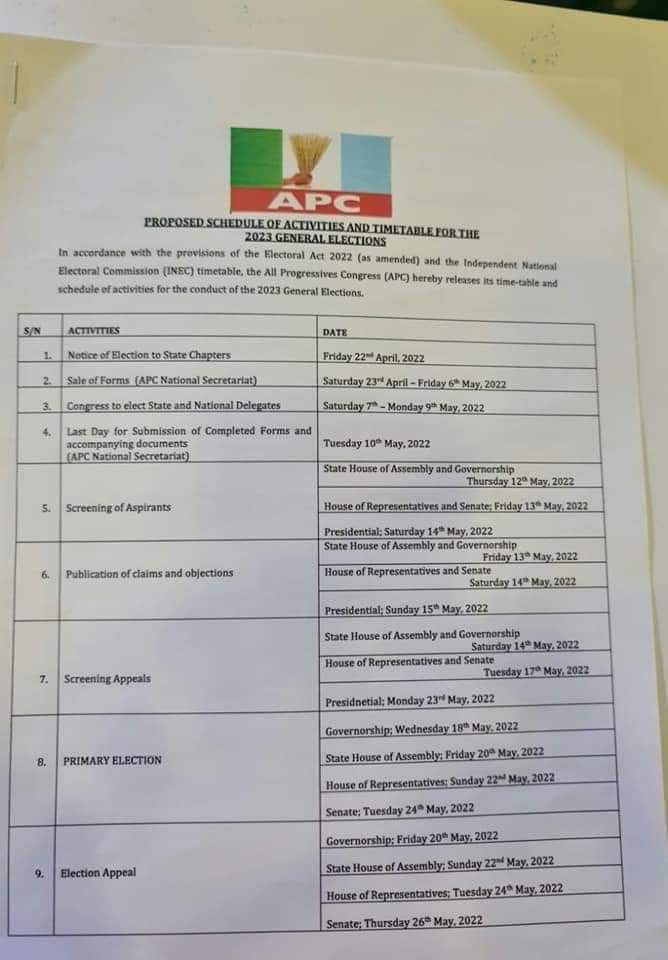 The party also made key decisions at the meeting aimed at resolving the numerous crisis in the Party. One of which was the transmission of the NEC’s powers to the National Working Committee, NWC thus making the National Chairman, Adamu Abdullahi in control of the entire party structure.

The party allocated the following prices for its nomination forms; 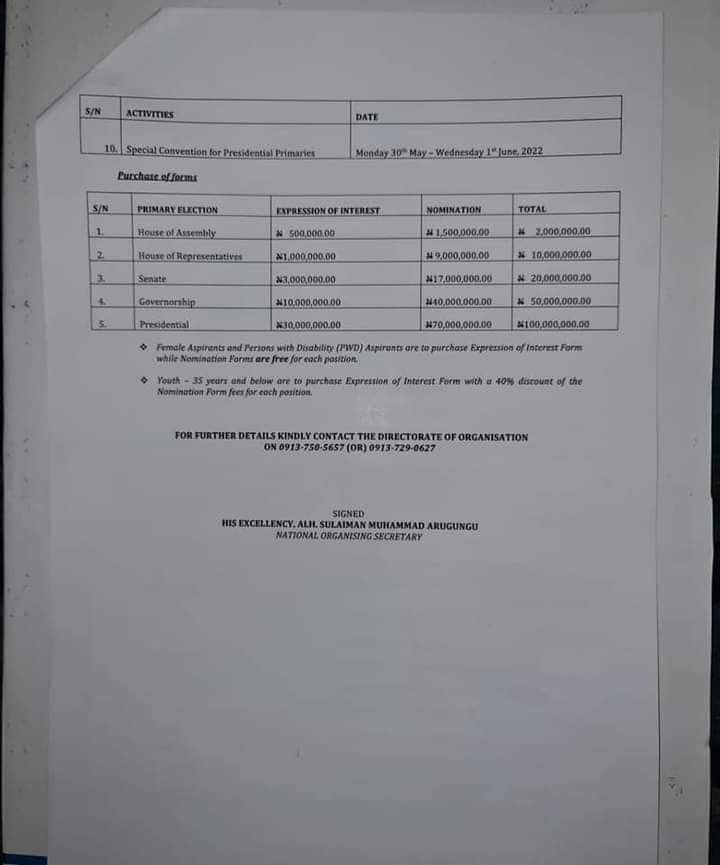