Hailed as a hero by his supporters, the ‘golden son of the town’, Sunday “Igboho” Adeyemo is seen as a dangerous rabble rouser by his antagonists though. They accuse him of inciting ethnic hatred. In similar vein, the Department of State Services (DSS) allege that Igboho is stockpiling illegal weapons.

Once only well-known in his part of south-western Nigeria, Igboho became a national figure after he thrust himself into the heart of one of the country’s deadliest conflicts – clashes between Fulani herders and other groups, over access to land and grazing rights.

After the killing of a politician (Fatai Aborode) in January, Igboho felt he and other Yorubas had seen enough and captured attention with his demand that the Fulani herders, from northern Nigeria, leave the south-west, seen as the home of the Yoruba ethnic group, for all their alleged crimes. But Gumi has a different perception.

“This is a place where I think Nigerians need to understand that we need to live together. Because I have seen nothing here that can warrant people to agitate that they should be separated from our beloved country Nigeria,” Gumi said pointing to cattle grazing in a ‘pasture’.

Former Executive Secretary of the National Health Insurance Scheme (NHIS) Usman Yusuf — whose tenure was tainted by financial scandals — was with Gumi on the journey.

His words: “This is Igboho, made famous by a detainee in Benin Republic.

“Nigeria is one and will always remain one. We are just from the hinterland (referring to Ilesha-Baruba in Baruten local government area of Kwara State), where we have seen examples of how people should live. And this is why we are here. Nigeria is our country, and we are working to see how we can all come together, all faiths. We don’t want the kind of poisoned Nigeria by Igboho.

Self-styled activist, Igboho, is from Aladikun compound in Modake, Igboho, Oke Ogun, Oyo state, the same Modake Igboho Gumi and his associates stopped by at. 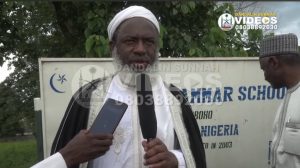 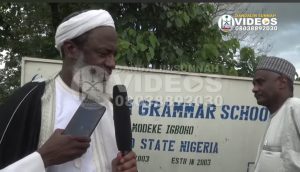