The presidential candidate of the Peoples Democratic Party (PDP), Alhaji Atiku Abubakar and other Nigerians have condoled with former Senator Ben Murray-Bruce over the death of his wife.

Mr Murray-Bruce who represented the Bayelsa East in the eighth Senate announced the death of Evelyn Murray-Bruce on Friday.

According to him, Mrs Murray-Bruce died of cancer.

“I’m broken. I just lost my beautiful wife to cancer. She was my best friend for 43 years and my wife for 41 years. Cancer is real, but it shouldn’t be a death sentence – awareness, and early detection and treatment are key to survival. I miss her so so much.

Meanwhile, Atiku expressed sadness over the demise of Mrs Murray-Bruce.

“My good friend and brother, @benmurraybruce, on behalf of my family, I extend our deepest condolences. Your family is in our thoughts and prayers. May her beautiful soul rest in peace,” he tweeted.

Also, a former Presidential spokesperson, Reno Omokri, has commiserated with the family of the deceased.

Mr Omokri described Mrs. Murray-Bruce as a beautiful wife that will be deeply missed.

“My good friend @benmurraybruce, the news of your wife’s death saddens me. You and I have been friends for years & now more like brothers. I grieve with you and yours. GOD giveth, GOD taketh. Your wife lived a beautiful life. She will be deeply missed. May her soul Rest In Peace,” He tweeted on Friday morning.

The deceased was survived by four children, Mr Ben Murray-Bruce and other relatives.

I’m not a Co-Owner of Execujet – Dangote 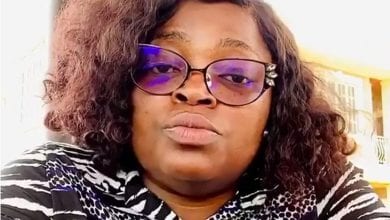 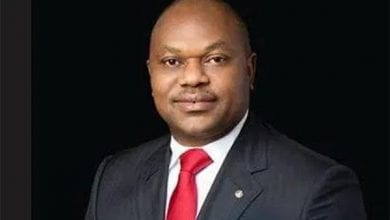