The Benue North East Senatorial candidate of the All Progressives Congress (APC) in the 2019 elections, Mimi Adzape-Orubibi on Saturday defected to the Peoples Democratic Party (PDP).

POLITICS NIGERIA recalls that Adzape-Orubibi was APC chairman in Kwande Local Government Area (LGA), before she officially resigned from the party a few days ago.

According to her, she switched to the PDP with her over 80,000 teeming followers and supporters.

The ceremony which was held in Adikpo, the headquarters of Kwande LGA of the state partially shutdown the North East senatorial zone of the state.

Addressing the crowd, Adzape-Orubibi stated that her major reason for dumping the APC was due to the failure of the party to tackle the economic and security challenges facing Nigeria.

She said, “Insecurity in our country is at its highest level during this APC-led federal government, and this has greatly hampered food production in our state, because over one million of our people are now permanent residents of Internally Displaced Persons (IDP) camps scattered across Benue state.

“The economic situation in the country has become terrible. Nigerians are living in abject poverty because of rising prices of goods and services, and we cannot continue like this. So I am joining the PDP with my over 80,000 supporters, and much more will be joining us in the coming days and weeks.”

Check out some photos from the event below: 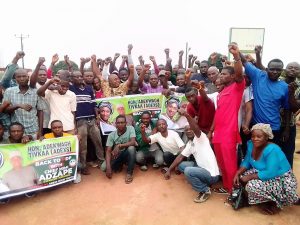 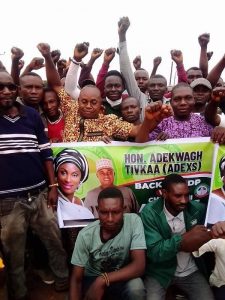 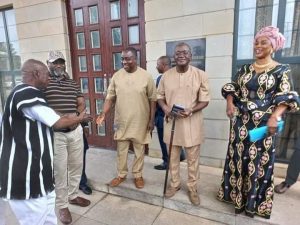 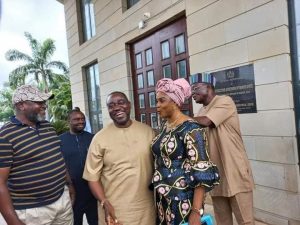