As the 2023 elections draw near, Barrister Akin Agbaje, a former Commissioner for Energy and Electricity in Edo State has resigned from the Peoples Democratic Party (PDP) to join the All Progressives Congress (APC).

POLITICS NIGERIA reports that Agbaje, a one-time Director of the Godwin Obaseki Campaign Organisation in Akoko-Edo Local Government Area (LGA), said he is defecting with many of his supporters to ensure that the APC triumphs at the 2023 general elections.

The defectors were received in Igarra by a former National Chairman of the APC, Adams Oshiomhole. 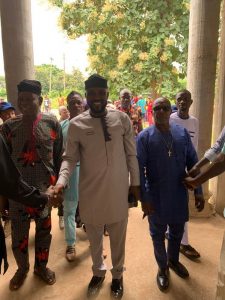 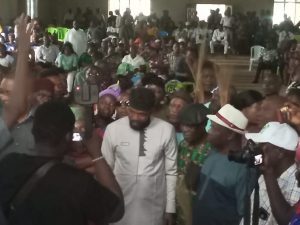 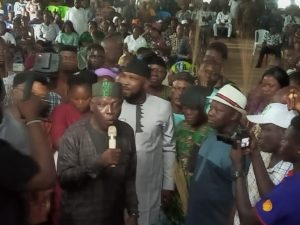 Speaking at the event, Oshiomhole said: “We have got to a point that all Nigerian leaders that are in politics and in business must recognise that we must build and rebuild a country worthy for all.

“At this age, I have a duty to my country to identify with others to rebuild the ladder, which made it possible for me as the son of a farmer in a village that was not on the map to go to school without fees and grow to become the governor of this state.”