Embattled Deputy Commissioner of Police, Abba Kyari has pleaded not guilty to drug trafficking charges levelled against him by the National Drug Law Enforcement Agency.

Kyari and 6 others appeared before Justice Emeka Nwite on Monday morning at a Federal High Court in Abuja where he pleaded not guilty to counts once, two, three, four and eight levelled against him. 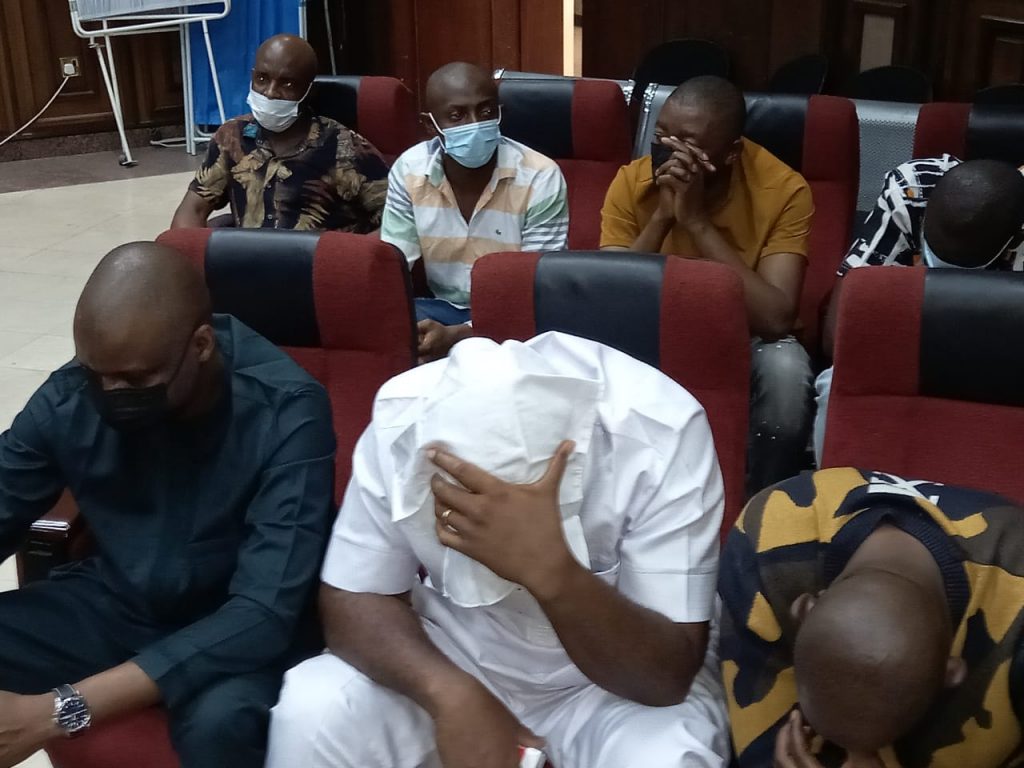 Four other police officers arraigned alongside Kyari also pleaded not guilty while the 6th and 7th defendants, Chibunna Patrick Umeibe and Emeka Alphonsus Ezenwanne pleaded guilty to counts five, six and seven preferred against them.

Although their names were also mentioned in counts three and four where allegations bordering on conspiracy were levelled against Kyari and others, they were not asked to take a plea on these two counts.

Umeibe and Ezenwanne are the two alleged drug traffickers that were arrested at the Akanu Ibiam International Airport in Enugu. Shortly after taking their plea, the NDLEA lawyer, Joseph Sunday, Director, Prosecution and Legal Services, prayed the court for a trial date for the 1st to 5th defendants.