A group of armed Thugs attacked #EndSARS protesters in Abuja on Saturday evening, disrupting a peaceful protest against Police brutality.

The protesters had gathered under the Popular Kubwa Flyover in continuation of their agitation against police brutality and oppression, when thugs wielding sticks and different other kinds of weapons descended on them.

Protesters had blocked major highways in the FCT calling on the Federal government to heed their demands.
According to eyewitness reports, Police officers who were stationed to protect the protesters from harm simply looked the other way as the violent hoodlums wreaked havoc. 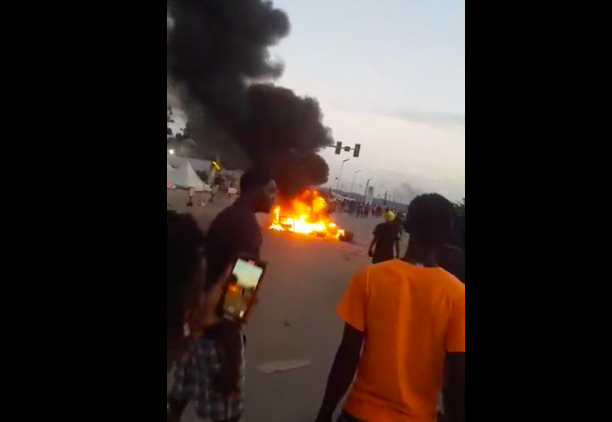 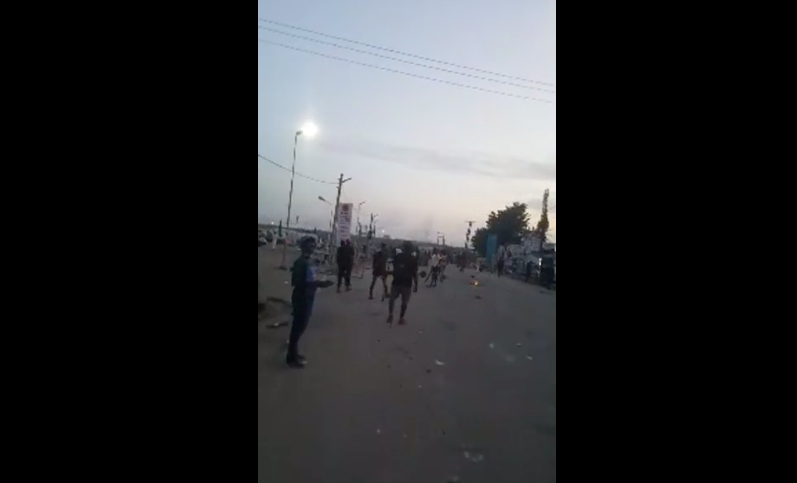 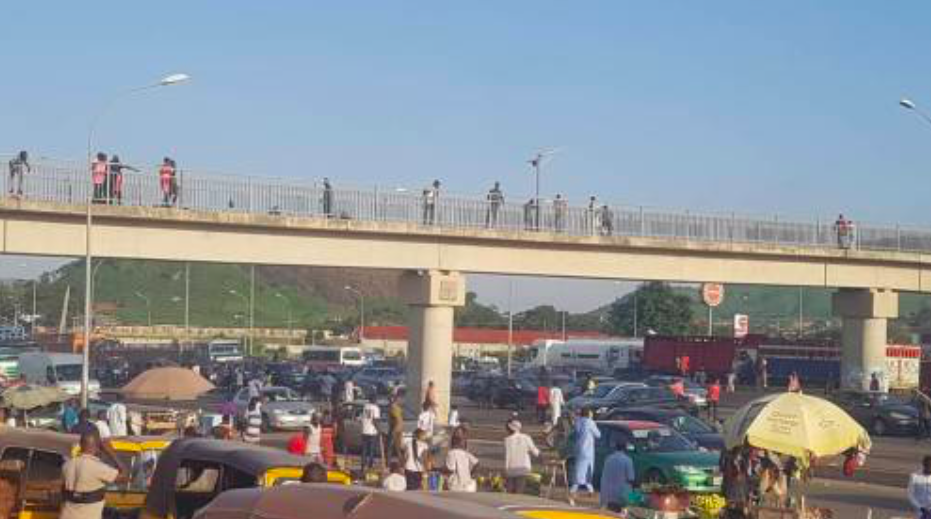