The meeting was announced by the Special Adviser to the President on Media and Publicity, Femi Adesina who shared photos from the meeting on social media. 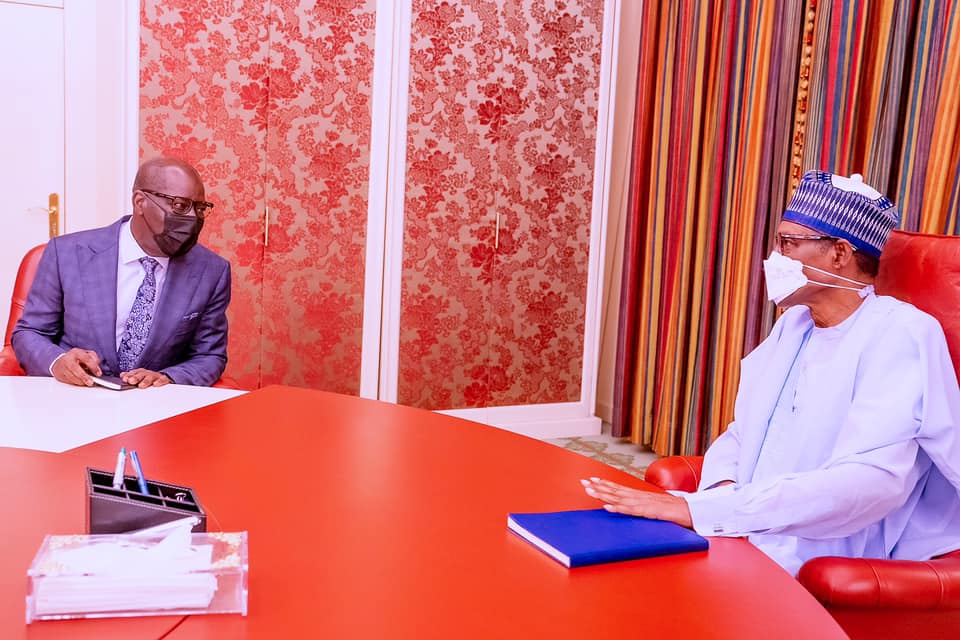 POLITICS NIGERIA recalls that Obaseki is facing a lot of pressure from members of his party, the Peoples Democratic Party, PDP over his sluggish approach towards appointments and rewards promised to party members who worked assiduously to ensure he won a second term as governor of the state.