The All Progressives Congress (APC) has released the credentials of all the six governorship aspirants in Edo state ahead of the party’s forthcoming primaries.

According to a statement signed by the National Publicity Secretary of the APC, Lanre Issa-Onilu, the party displayed credentials of all the aspirants who have bought, completed and submitted the party’s expression of interest and nomination forms.

Issa-Onilu noted that the credentials have been displayed at both the National Secretariat of the party in Abuja and the Edo State chapter office in Benin.

He revealed that the decision to display the credentials was to ensure due diligence and transparency in the screening exercise of the aspirants.

According to the statement, Obaseki attended Saint Mathews Anglican Primary School from 1963 to 1968 for his primary school education.

He obtained credits in Religious Knowledge, Geography, and History, he had passes in English Literature, English Language and Chemistry.

After which he proceeded to the Institute of Continuing Education, Benin City, from 1976-1979 for his “A” Levels.

An attestation letter titled “To whom it may concern” from the Institute dated 25 September, 1975, in respect of Godwin Obaseki, lCE/ADM 74/75 No. 04002, said the candidate sat for the following subjects: History, English, Literature, and Economics.”

The documents showed that Obaseki gained admission into the University of Ibadan, 1976-1979, where he obtained a Bachelor of Arts Degree in Classical Studies. Obaseki also attended Pace University, New York from 1992-1994.

On his part, Obaseki’s main challenger, Ize-Iyamu, passed the WAEC examinations with Division 1.

He had credits in English Language, English Literature, History, and Economics. He had distinctions in Mathematics and Biology and a pass in Agric. 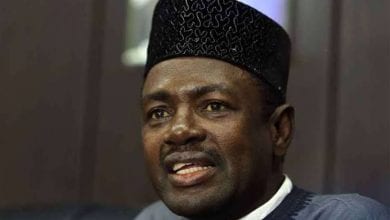