Former Presidential Candidate of the Peoples Democratic Party, PDP, Atiku Abubakar has condemned the N5 million fine placed on radio station, Nigeria Info over an interview with a former Deputy Governor of the Central Bank of Nigeria, Dr. Obadiah Mailafiya.

Atiku condemned the new prohibition code put in place by the Nigerian Broadcasting Commission, NBC, adding that it was designed to gag the media. Below is the full statement sent to POLITICS NIGERIA;

“We are compelled to react to the Nigeria Broadcasting Commission code concerning infringement on hate speech and the operational style that media houses should employ to conform with the new regulation.”

“While there is no disputation over the fact that hate speech portends an existential threat to the enterprise of journalistic reporting and, in fact, inhibits the workings for a free society, it is absolutely repugnant that powers that be would instrumentalize the prevention of hate speech as a means of constricting free speech.”

“It is globally acknowledged that one of the core functions of the mass media is to inform the society on all ranges of issues, not even to the exclusion of national security issues. The mass media has a role to play in ensuring that all possible shades of opinions are given access to the media platform.”

“In many advanced democracies the world over, criminals on even wanted lists of law enforcement agencies have reached out to the media to express their opinions about the crimes that they had perpetrated and the media space was not denied to them. As a matter of fact, it seems somewhat contradictory that a country like ours, which is in the throes of national security skirmishes, would choose to shrink media access to critical information. It is not known if any society had won the war against terrorism by placing a restriction to access to information, in the way the NBC had done.”

“In a particular reference to the penalty handed down to the operators of 99.3 FM Nigeria Info, we disagree wholeheartedly with the argument of the NBC that the interview that the station had with Dr. Obadiah Mailafia constitutes any infringement or if at all it exposes the station to trading in hate speech.”

“Whether or not what Dr. Mailafia said on the radio station was a false claim, it is outside of the objectives of a responsible regulatory framework to sanction a radio station for a comment an individual made, more so that the personality in question, Dr. Obadiah, had been quizzed and released by law enforcement agents. If for any reason the authorities are not satisfied with his explanations, they are at liberty to prosecute him in court, but not to make a scapegoat of the media platform that provides opportunities for citizens to ventilate their views.”

“The claim by the management of NBC that “this (the penalty) is expected to serve as a deterrent to all other broadcast stations in Nigeria who are quick to provide platform for subversive rhetorics and expositions of spurious and unverifiable claims, to desist from such”, is a naked attempt to gag the media in Nigeria.”

“We, therefore, call on the Nigeria Broadcasting Commission (NBC) to cause a review of the hate speech prohibition code because the very interpretation of same is offensive to the notion of free speech which is an essential ingredient of participatory democracy that Nigeria operates.”

“We also demand of the NBC to drop the penalty against the operators of 99.3 Nigeria Info FM on account of the fact that the penalty is at best ill-thought out.”

“Lastly, we want to refresh the memories of generality of Nigerians that the Nigerian media has been in the frontline of the vanguard in the fight against military rule and restoration of a democratic order. In other words, it is very disappointing that under the watch of the All Progressives Congress (APC) the media is, yet again, being targeted for extermination.” 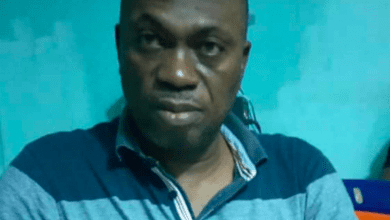 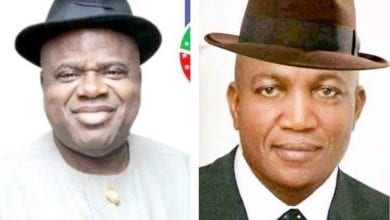 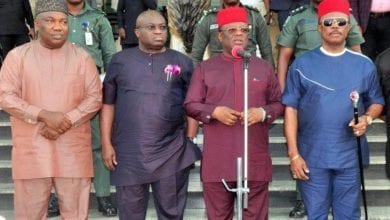 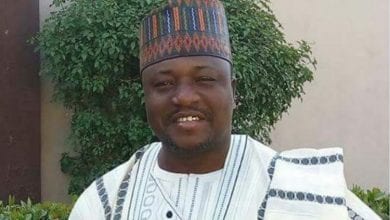