A federal high court in Abuja has ordered the Department of State Security Service, DSS to produce the detained aides of Yoruba Nation activist, Sunday Igboho.

Justice Obiora Egwuatu granted the applications of 12 detained aides of Igboho, ordering that the DSS must being them to court on July 29th, the next court date. He also ordered the agency to show cause why the detainees should not be granted bail.

Justice Egwuatu made the ruling after counsel to the applicants, Mr. Pelumi Olajengbesi prayed the court for an order “mandating and compelling the respondents to produce the applicants” to enable the court inquire into the circumstances constituting grounds of their arrest and detention” since July 1, 2021 and where it seems fit grant applicants bail.”

“They also sought the order of the court mandating and compelling the respondents to produce the applicants before the court and “show cause as to why the applicants should not be granted bail in accordance with the provision of section 32 of Administration of Criminal Justice Act 2015 and other extant laws in Nigeria.”

POLITICS NIGERIA recalls that the 12 aides were arrested during a DSS raid on Igboho’s Soka, Ibadan residence a few weeks ago. Two people were shot dead in a gun battle that ensued between DSS operatives and Igboho’s men.

Igboho himself is currently detained in Cotonou, Benin Republic for possessing a fake passport which he attempted using to flee to Germany with his wife, Ropo. 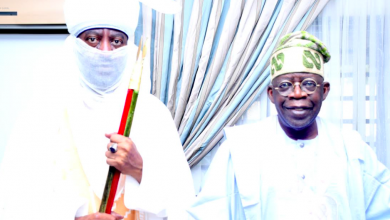 Emir of Kano meets with Tinubu in Lagos [PHOTOS] 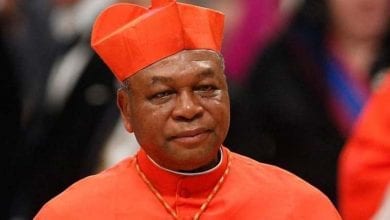 Why Nigeria may break up before 2023 – Onaiyekan