The leader of the Islamic Movement of Nigeria, IMN, Shiekh Ibrahim El-zakzaky has been granted permission to travel for medical treatment in India by a Kaduna State high court on Monday.

Justice Darius Khobo of Kaduna State High Court while granting the IMN leader the leave said he would travel in company of State officials. He said the IMN leader must return immediately after his discharge from the hospital to face his charges.

The IMN leader and his wife had applied to the court seeking to travel, following poor health while in detention. The State Director of Public Prosecution, Mr Dari Bayero, briefed newsmen, shortly after Monday’s ruling in Kaduna.

“The context of the court ruling is that Sheikh Zakzaky and his wife are granted leave to travel out for urgent medical attention.”

“The court looked through the medical reports filed and believed Mallam is indeed in dire need of medical attention.”

“This is not a bail, but a leave to travel. So as soon as his discharge from the hospital and he returns to the country, his trial will resume,” he said.

POLITICS NIGERIA has full court documents. See them below; 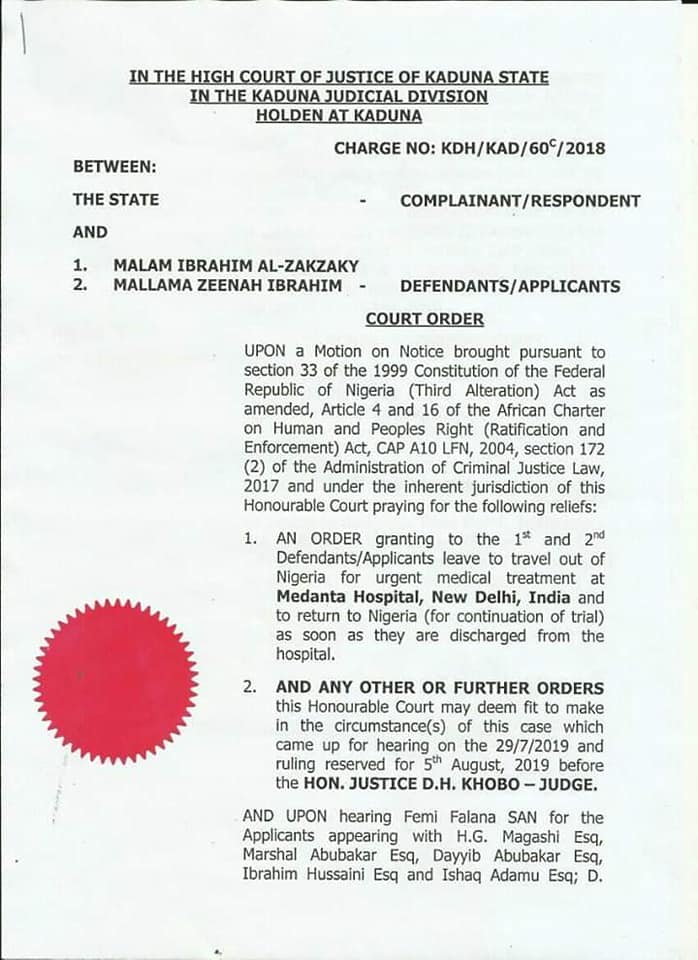 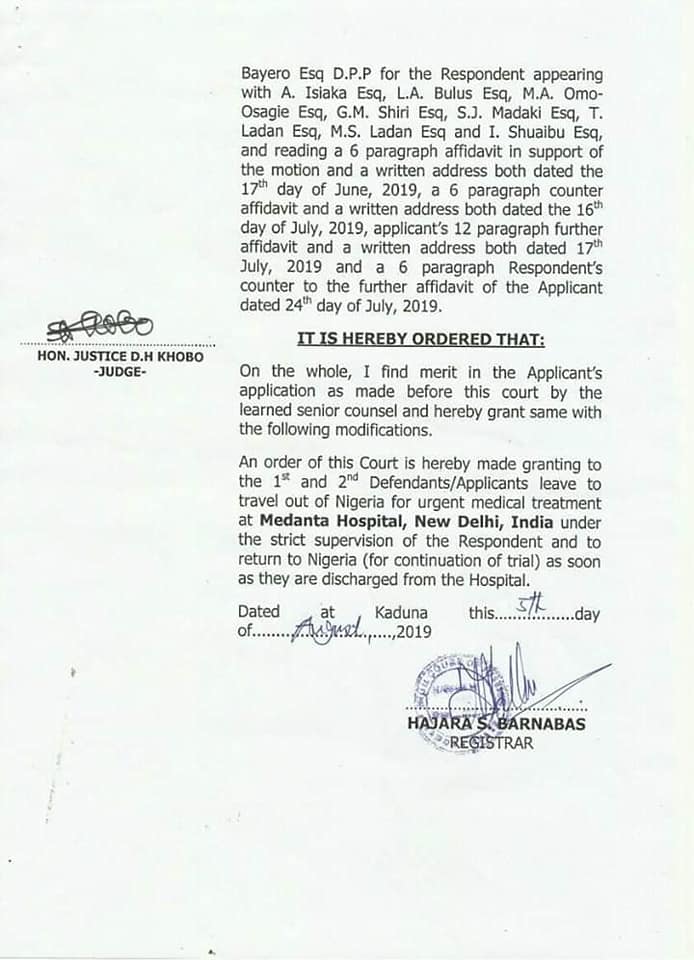