Governor John Kayode Fayemi of Ekiti State has reacted to the emergence and circulation of his 2023 presidential campaign posters on social media.

This newspaper had reported that the campaign posters which have been circulating online were sponsored by the Chairman of Ikere Local Government Area of Ekiti State, Mr Femi Ayodele to show his loyalty and support for the governor.

Reacting to the development, Yinka Oyebode, the Chief Press Secretary to Governor Fayemi,  said his principal denied knowledge of the posters, adding that the governor was nursing a presidential ambition towards 2023.

He explained that his principal was focused on governance and how to develop the state instead of issues around 2023 elections.

Oyebode said that the local council boss was only showing his unalloyed and uncompromising loyalty to the governor, adding that the sponsor was only expressing a mere personal opinion,

He, however, urged the public to disregard the campaign posters and support the state government in providing the dividend of democracy to the people of Ekiti. 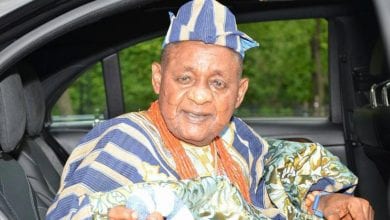 Coronavirus: ‘Why Buhari has no Power to Restrict Movement’ – Ebun Adegboruwa(SAN)