A prominent chief and socialite in Lagos state and Yorubaland, Chief Nathaniel Folarin Coker, is dead. POLITICS NIGERIA reports that Chief Coker died on Wednesday night at the age of 97 after a brief illness.

The family of the elder statesman announced his death in a statement on Thursday, signed by the deceased’s eldest child, Folorunsho Coker.

“It is with a heavy heart and a deep sense of appreciation to Almighty God that we announce the translation to eternal glory of our beloved father, grandfather, uncle and patriot Chief (Elderman) Nathaniel Folarin Coker OON. He died comfortably and peacefully in his sleep in Lagos on the 12th of August 2020 at the ripe old age of 97 years,” the statement read.

“His was a life so beautifully lived which deserves to be beautifully remembered. He dutifully and meritoriously served his state and country in his lifetime, and we, his family are very proud of his life and service.

“We are comforted by the fact that his good name is worth more than gold and that his memory will always be a blessing to each and every one of us all. Burial arrangements will be announced in due course.”

Chief Coker, who is the Bobagunwa of Igede-Ekiti, contributed immensely to the development of Lagos State, which made the State Government named the Lagos State Clinic in Alausa after him. 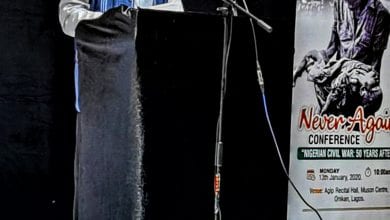 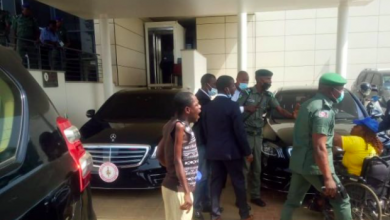