The exact cause of his death, as well as his age, cannot be ascertained as of the time of publishing this report.

Late Odoma was a grassroots politician. Many PDP members in Kogi State say he will be greatly missed. 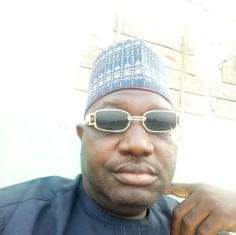 See some reactions to Odoma’s demise below:

Musa Biggy wrote on Facebook: “I am in pain. I lost my right hand Man Seidu Odoma Former pdp zonal chairman Kogi East, May Your soul rest in peace Amin ya Allah.”

Zeenab Imam wrote on Facebook: “What a Black Thursday. “Innalilahi wa ina ilahi Rajuin Uncle seidu Odoma not Now but who are we to question the Almighty He Giveth and he Taketh ”
May Almighty Allah Grant u Al janat Firdaus and make it ur Final Abode.”