POLITICS NIGERIA reports that Etemike died around 5:30 PM on Friday in Warri, Delta State. He was 85 years old.

As a football trainer, Etemike was one of the unsung heroes of Nigeria’s historic Africa Cup of Nations (AFCON) victory on home soil in 1980.

Pa Etemike also distinguished himself as a homegrown coach. He was crucial to Bendel Insurance winning the National Challenge Cup (now Aiteo Cup) in an epic 1972 final that ended 3-2 in favour of ‘the Benin Arsenals’. His coaching exploits did not end with Bendel Insurance as he was also the architect of other notable clubs including defunct NNPC Warri and Sharks of Port Harcourt. 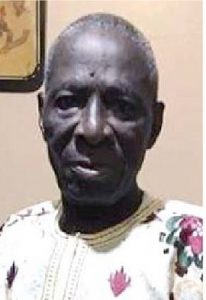 Born on the 5th of July 1935 in Ellu town in present-day Isoko North LGA of Delta State, the late coach was bred in Warri, before moving to Benin City and onwards to Lagos, when football shot him into the limelight.