The Governor of Imo state, Hope Uzodinma has reportedly signed a law empowering him to arrest and detain any resident of the state for as long as he wishes.

Uzodinma signed into law the Imo State Administration Of Criminal bill No 2 of 2020 (ISACJL, 2020) which grants him the powers to arrest, detain, for as long as he wants, any resident of the state for any reason he wishes.

The controversial law abolished all forms of preliminary inquiry, preliminary investigation into a criminal charge by a magistrate or any court in the state.

“Section 485(1) of ISACJL, 2020 enacts that a person detained during the governor’s pleasure may at any time be discharged by the governor on license which said license may be in such form and in such conditions as the governor may direct under section 485(2).”

“Finally, in section 485(3) of the ISACJL, 2020 a license may at any time be revoked or varied by the governor and where license has been revoked, the person to whom the person the license relates shall proceed to such place as the governor may direct and if he fails to do so, may be arrested without warrant and taken to such place.” 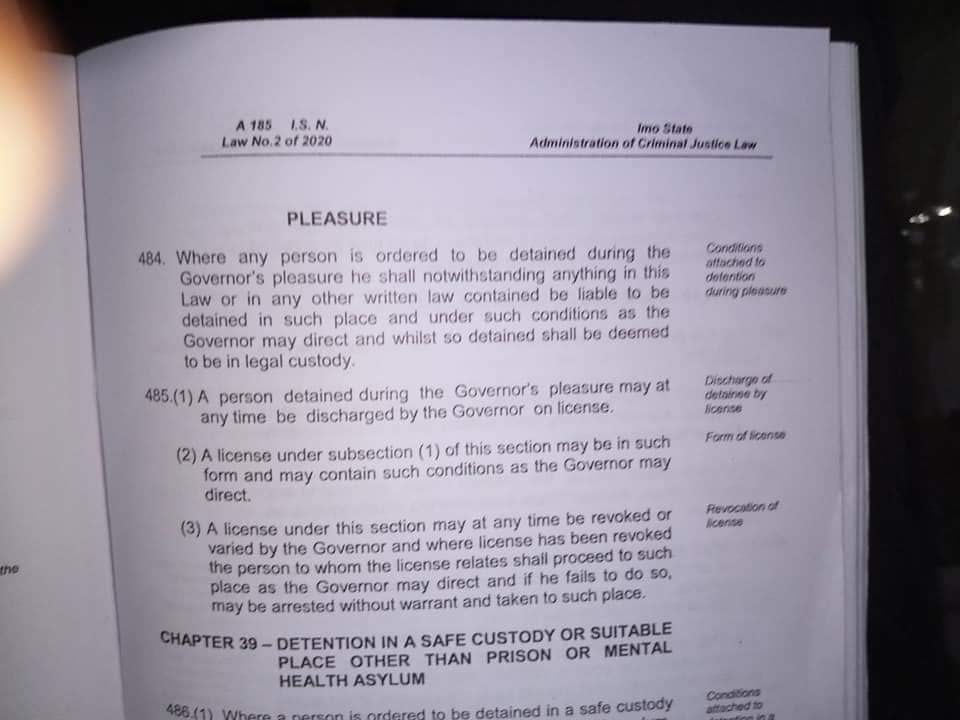 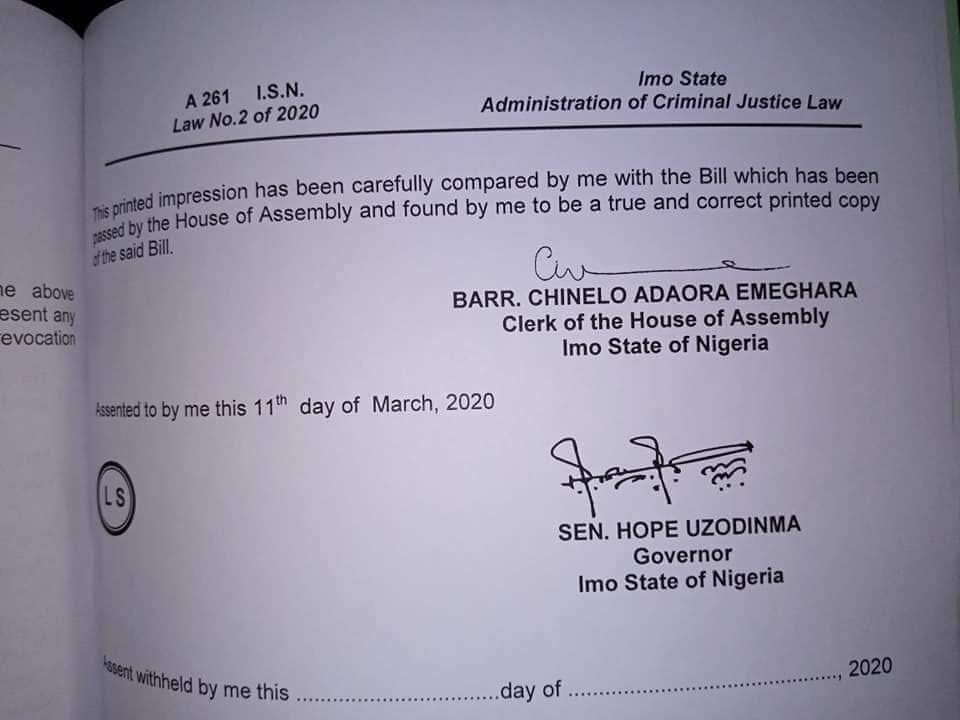