Governor Godwin Obaseki of Edo state has tested negative for coronavirus (COVID-19) after undergoing a test on Wednesday.

POLITICS NIGERIA reports that Obaseki had gone into self-isolation after coming in contact with Abba Kyari, the Chief of Staff to President Muhammadu Buhari and the Bauchi State Governor, Senator Bala Mohammed, who both tested positive for coronavirus.

According to a statement by Obaseki’s Special Adviser on Media and Communication Strategy, Crusoe Osagie, the governor has decided to remain in self-isolation after sending his samples for testing.

He noted that Governor Obaseki is not showing any symptoms of the virus after close contact with the two patients.

Osagie added that the governor has taken the necessary precaution to self-isolate to protect people that may otherwise come in contact with him.

The governor’s aide added that the result that was sent was the rapid diagnostic test, while the governor awaits the result of the PCR test.

He said: “I can confirm that the governor tested negative for coronavirus when he ran the rapid diagnostic test for the virus. However, we are currently awaiting the result of more conclusive PCR test.”

“In the meantime, the governor has decided to continue to work in self-solation and he is asymptomatic,” he added.

This news medium reports that the Speaker of the state House of Assembly, Frank Okiye, has tested positive for Coronavirus (COVID-19).

Deputy Governor of the state, Philip Shaibu, disclosed to journalists after the meeting of the technical committee set up to monitor the spread of the disease on Wednesday in Benin, the state capital.

He assured that residents of the state that the present administration is taking adequate steps to curtail the spread of the virus in the state after it recorded its first case.

He said that the speaker was the index case of coronavirus in the state, which was announced by the Nigeria Center for Disease Control (NCDC) on Tuesday.

“The index case of coronavirus in Edo State, is the Speaker of Edo State House of Assembly, Rt. Hon. Frank Okiye. He travelled to the United Kingdom, he came back and went into self-isolation. He sent his sample for testing and it came out positive.

“He is in stable condition. His family members have also been tested and the tests came out negative,” he said.

Shaibu explained that Okiye prepared his isolation centre even before his return from the UK and embarked on self-isolation immediately he arrived at his country home in Uromi.

“The interesting thing about it is that, since when he entered Nigeria, he avoided everybody and he has been putting on face mask, he avoided touching his own vehicle and he went straight into self-isolation.

“In fact, he prepared his isolation centre before he returned from London, he asked his wife to prepare a room for him where he was going to isolate. He actually avoided everybody. The only two persons he had direct contact with were his wife and daughter and they have been tested and fortunately, they tested negative,” he added. 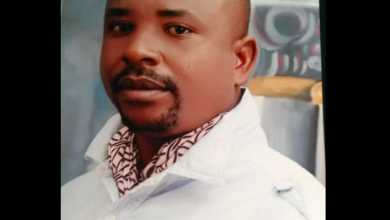 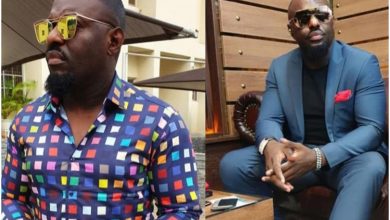