Popular Hacker Group, Anonymous has taken down the website of Telecoms network, Glo.

As at the time of filing this report, the website is unavailable. It was reportedly taken down by the hacker group over the network’s failure to speak up against Police brutality in Nigeria, according to Peoples Gazette.

It will be recalled that thousands of Nigerian youths have taken to the streets to protest against Police brutality in the country using the hashtag ‘#EndSARS’.

Checks by POLITICS NIGERIA reveal that the website, Gloworld.com is indeed unavailable. Using Checkhost.com, a trusted tool for analyzing the Uptime/downtime status of websites, Glo’s servers were unreachable. 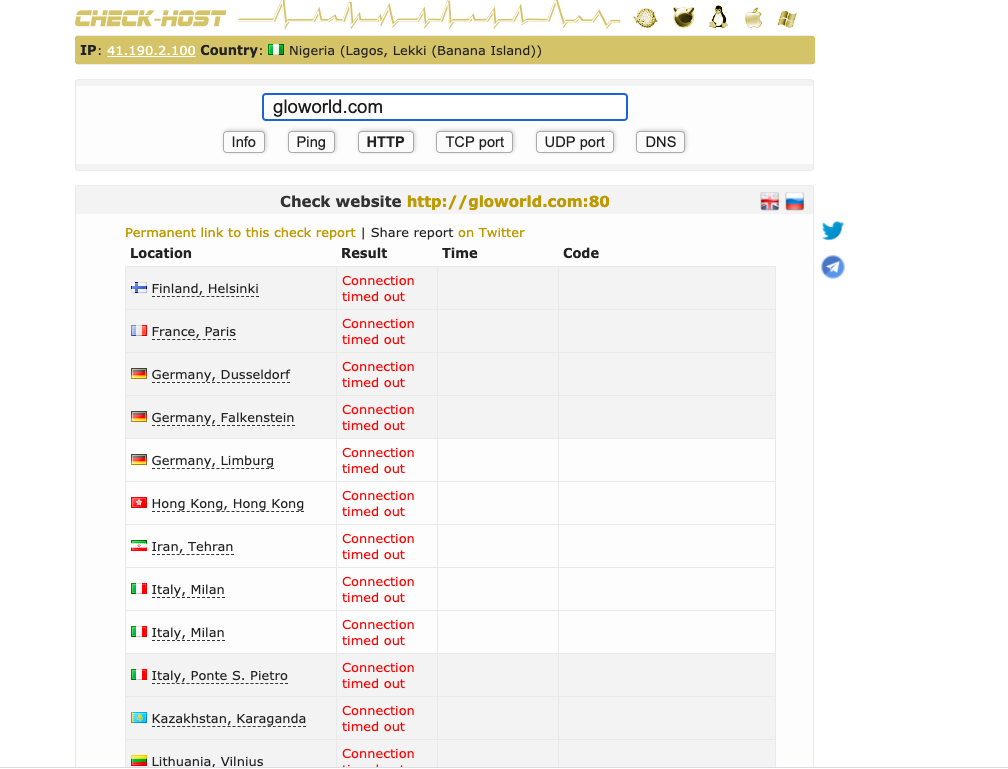