Several Supporters of the presidential candidate of the Labour Party (LP), Peter Obi, popularly known as Obidients have defied police order against holding a rally at the Lekki toll gate.

They came out in large numbers as they marched at the Lekki toll gate Saturday, shouting and hailing their candidate, Obi.

A post shared on Twitter by a supposed supporter, @Nkemchor reads, “The police presence at Lekki did not stop youths from gathering. Very proud of this generation. If Lekki is your route join them!”

The rally is now gradually spreading to other parts of Lagos.

Many private and commercial bus drivers finding alternative routes out of the traffic on the Lekki-Epe Expressway, as the traffic was almost at a stand still. IT can be recalled that the Lagos State Police Command had on Friday warned against any form of rally at the Lekki Toll gate, citing the court order that prohibited it.

The rally is also holding in other parts of Lagos, like Festac town and Surulere. 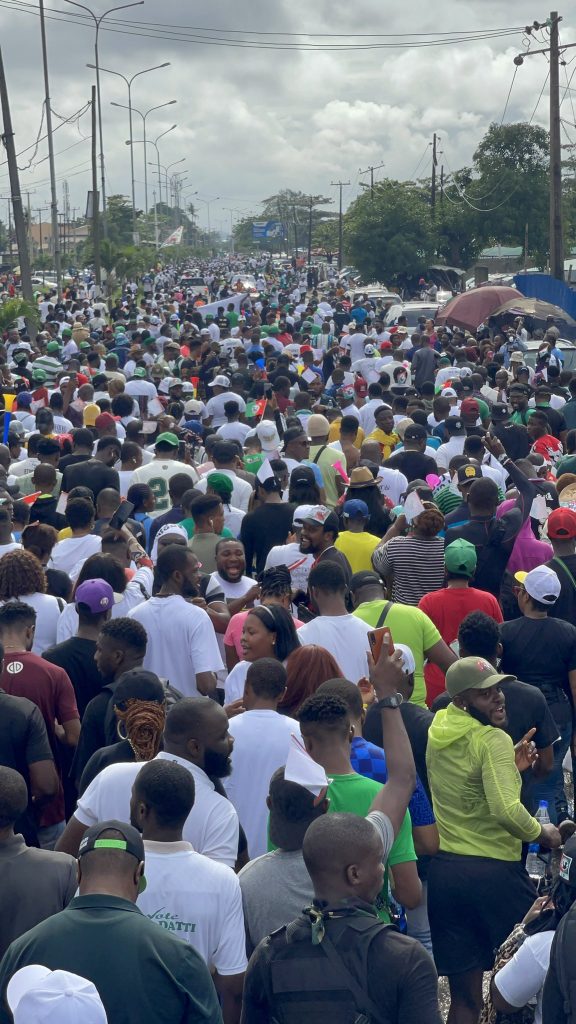