Operatives of the Anti-graft commission laid seige on Okorocha’s Maitama home for almost 9 hours as the senator resisted attempts to arrest him.

Several women also stormed the residence protesting against the arrest but were soon dispersed by Police officers who deployed Teargas and several gunshots in the air.

Operatives of the anti-corruption agency then proceeded to pull down bullet proof doors to access Okorocha.

He was led into a waiting bus and then driven off amidst a large convoy of Security Operatives. 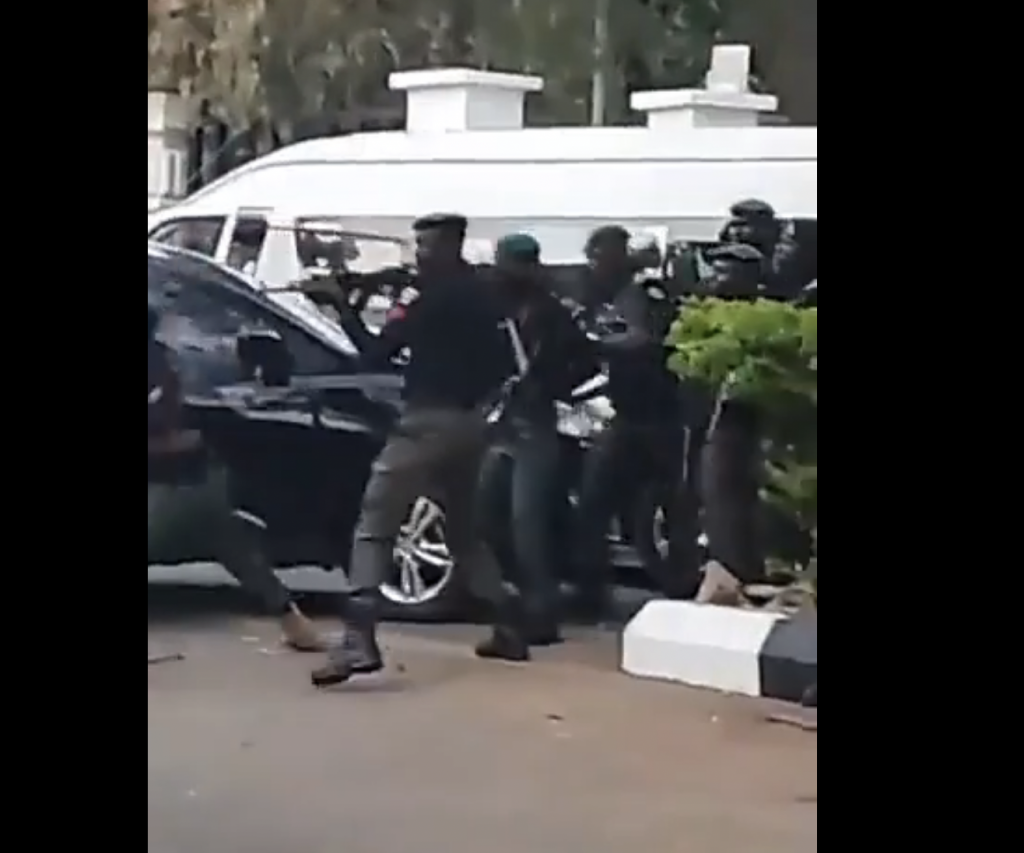 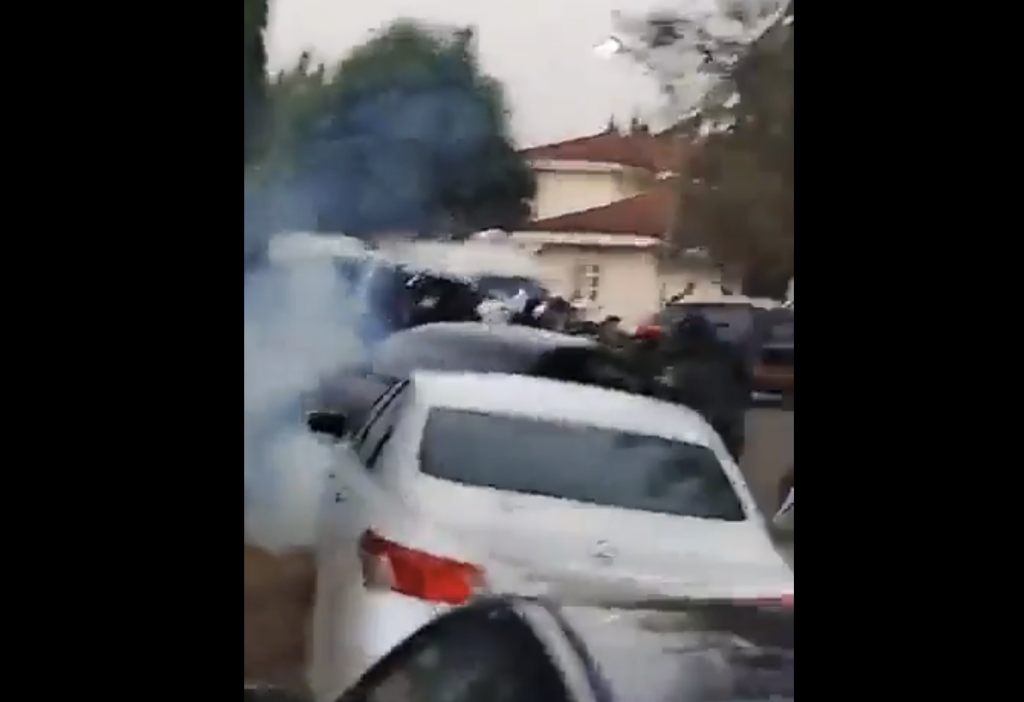 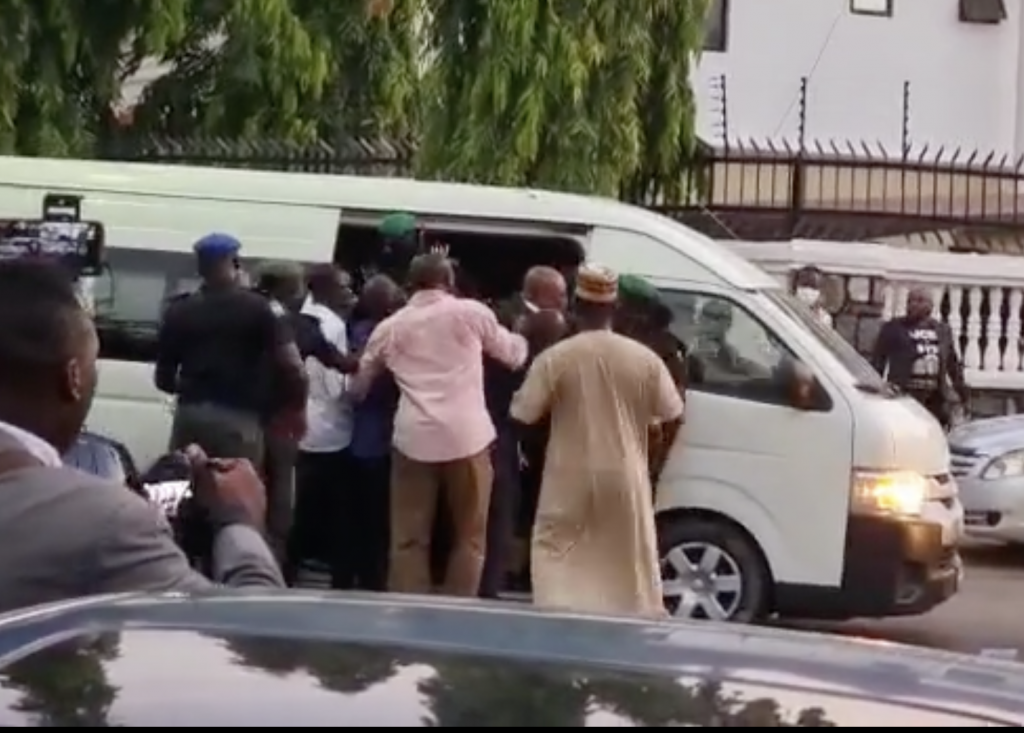