At about 1 am on Saturday morning, DSS Operatives stormed Sowore’s Ikeja Apartment and whisked him away to unknown location. POLITICS NIGERIA gathered that Sowore’s arrest is likely connected to a planned #RevolutionNow protest scheduled to hold on Monday, August 5th.

Below are screenshots of an Eyewitness account of how Sowore was arrested in a Gestapo manner by the Presidential police; 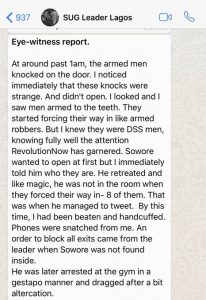 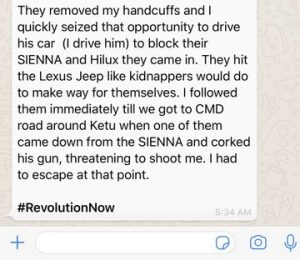 Sowore’s vehicles destroyed after the attack; 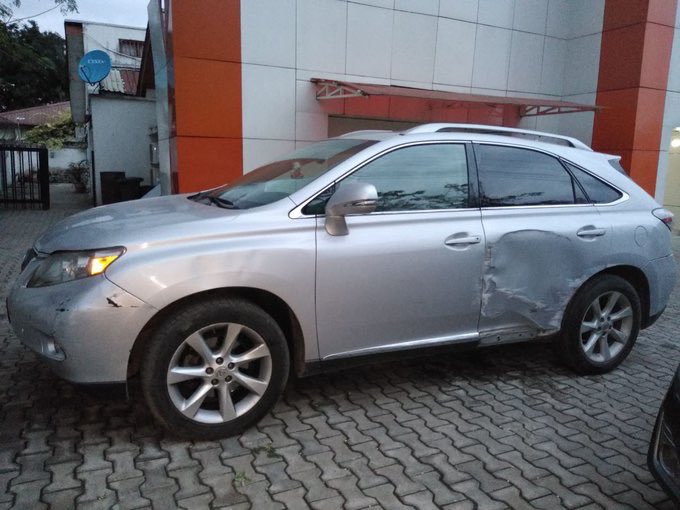 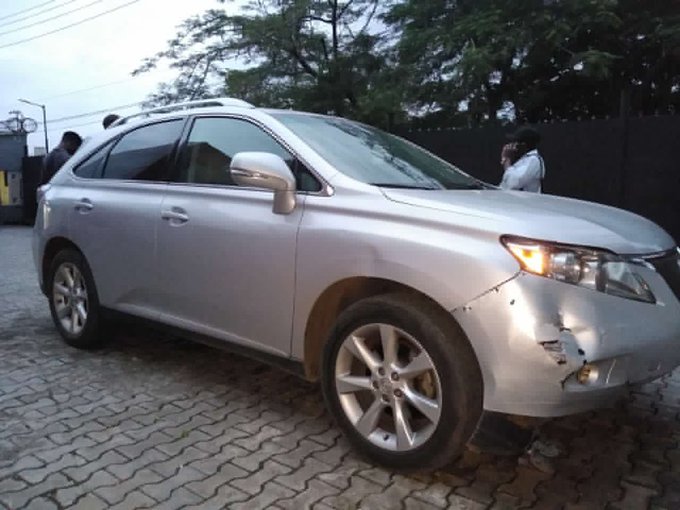