President Muhammadu Buhari has stated that he is a member of Fulani Herdsmen as earlier stated by the Governor of Benue state, Samuel Ortom.

Buhari during an interview with Arise TV on Thursday morning said the following; “The governor of Benue said I cannot discipline the cattle rearers because I am one of them. I cannot deny that I am one of them,”

He also revealed that he has instructed that all old grazing routes be re-opened and taxes paid to resolve issued between farmers and herders.

Fulani Herdsmen-Farmer clashes have claimed several lives in the country since the Buhari administration took power. Benue state particularly has suffered a lot of casualties.

The governor of the state, Samuel Ortom has repeatedly accused the President of not doing enough in terms of security and handling the herdsmen crisis. Ortom in a letter to Buhari in February 2021 called on the president to immediately profer solutions to the crisis or risk throwing the country into civil war.

“Mr. President, we are not oblivious of the challenges that the country has faced in the life of your Administration. These include two recessions, the COVID-19 global pandemic and the unprecedented nationwide security challenges resulting into the largest loss of lives and property since the Civil War. These security challenges especially have unsettled the country economically, socially and politically.

“Your Excellency, these security challenges have assumed new dimensions where the now emboldened assailants and armed herdsmen daringly enforce their will on legitimate owners and occupants of ancestral lands. There are many areas of concern over the Federal Government’s actions and inactions, including the widely discussed concern over inequalities in key appointments. These have reinforced the perception that the Administration is not fair and just to all Nigerians.”

“I am writing to you as a patriot who is concerned about your reputation and the fate of our dear country. I am imploring you once again to rise to the challenges of these times to avert the country’s drift to anarchy and disintegration, a situation that sycophants and praise-singers might be unwittingly shielding from you.” 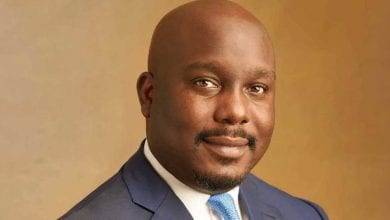