The Catholic Diocese of Auchi, on Sunday said Rev. Fr. Christopher Odia, was killed by his abductors after being kidnapped on Sunday morning at about 6.30am in his rectory. 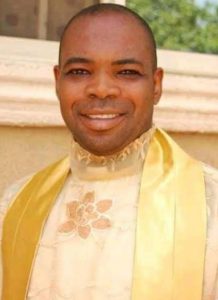 Until his death, Fr Odia was the Administrator of St Michael Catholic Church, Ikabigbo and also the Principal of St. Philip Catholic Secondary School Jattu. He was aged 41.

Borogo was murdered on Saturday by the terrorists at a farm in Kujama, along Kaduna-Kachia Road.

The deceased, 50, was the Chaplain of the Catholic Community of the Kaduna State Polytechnic, and the Chairman of the Nigerian Catholic Diocesan Priests Association (NCDPA), Kaduna Chapter.