The Lagos state house of assembly has summoned former governor of Lagos State, Akinwunmi Ambode to appear before it and give a full account of certain financial dealings under his administration.

It will be recalled that two weeks ago, the assembly invited the former governor, but he did not honour the invitation. Olusegun Banjo, former commissioner for economic planning and budget, and Olawale Oluwo, his energy and mineral resources counterpart, appeared before the assembly.

Ambode has been asked to provide answers to five questions bordering on his administration.

“The Lagos State House of Assembly, pursuant to Section 129 (1)(c) of the 1999 Constitution of the Federal Republic of Nigeria (as amended) hereby summons His Excellency, Mr Akinwunmi Ambode, the former Governor of Lagos State (May, 2015 – May, 2019) to appear before the Committee of the House on Wednesday, October 30, 2019 at the Lateef Jakande Auditorium, Assembly Complex, Alausa, Ikeja by 1 pm,” the notice read.

”(1) Unauthorised discounting of promissory note; (2) Purchase of 820 buses by his administration without due authorisation; (3) Misappropriation of Special Expenditure Funds; (4) Improper implementation of the Appropriation Law; and (5) Non-adherence to the Financial Regulations of the state.

“You are kindly requested to furnish the committee with 15 copies each of all relevant document(s) relating to the issues raised through the Office of the Clerk of the House on or before Tuesday, October 29, 2019.” 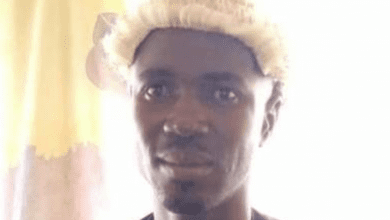