The popular Lekki toll gate has been burned down shortly after armed security agents opened fire on #EndSARS protesters earlier this evening. 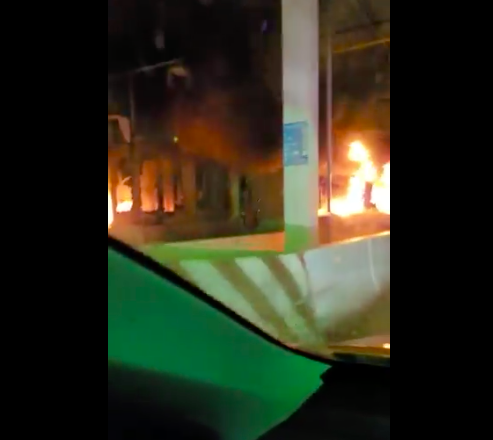 Over Nine people have been confirmed dead after the massacre. Their corpses were seized by military personnel and emergency services were blocked from attending to the injured.

Below is an Eyewitness footage;

This development is coming shortly after Lagos state governor, Babajide Sanwoolu, issued a curfew after hoodlums attacked protesters in the state.