The suspended acting Chairman of the Economic and Financial Crimes Commission (EFCC), Ibrahim Magu, is set to be arraigned before the Code of Conduct Tribunal this week.

Nigeria’s Code of Conduct Bureau (CCB) will prosecute Mr. Magu for reportedly failing to mention a dormant First Bank account in his asset declaration form. The embattled former anti-graft boss will also be arraigned for failing to declare a property he owns in Port Harcourt, Rivers state.

According to the CCB, these are part of the evidence to be used against him at the tribunal.

This development comes days after the Justice Ayo Salami panel submitted its report on Magu to President Muhammadu Buhari. The panel has, however, recommended his sack and prosecution for misuse of power while in office.

However, Magu’s lawyer, Wahab Shittu has denied reports of shunning the CCB invitation. It will be recalled that Magu failed to appear before the bureau after an invitation was extended to him. Defending his client, Shittu explained that Mr. Magu could not appear because he had no access to the documents being requested for.

Shittu noted that he wrote two letters to the Chairman of the CCB, intimating him about the inability to have access to the relevant documents as required by the bureau . 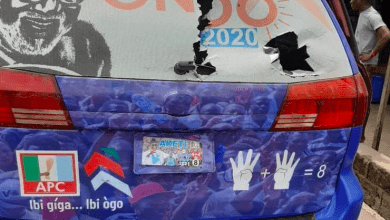