The National Drug law Enforcement Agency, NDLEA has announced the arrest of a notorious powerful ‘Drug Queen’ in Taraba state.

In a statement sent to POLITICS NIGERIA signed by its spokesperson, Femi Babafemi, the agency disclosed that it had been on the trail of the criminal identified as Lami Mai Rigima since 2021.

The statement read in part; “A notorious queen of a drug cartel supplying psychoactive substances to traffickers in Taraba state, Lami Mai Rigima has been arrested by operatives of the National Drug Law Enforcement Agency, NDLEA months after being on their wanted list.”

“The 40-year-old queen of the drug world came under the anti-narcotic agency’s searchlight when a number of traffickers arrested in the state in 2021 and early this year fingered her as their supplier.”

“The manhunt for Lami paid off on Monday 4th April when operatives tracked her to her hideout in Iware village in Ardo Kola local government area of Taraba.”

“The search for Lami began in October 2021 following the arrest, prosecution and conviction of a drug dealer, Abdullahi Madaki, 50.”

“After serving his brief jail sentence, Madaki returned to the illicit trade with Lami still as his supplier. He was however rearrested on 13th February 2022 while another trafficker, Jamilu Hassan, 20, who is also a member of Lami’s supply chain, was nabbed on 24th Feb.” 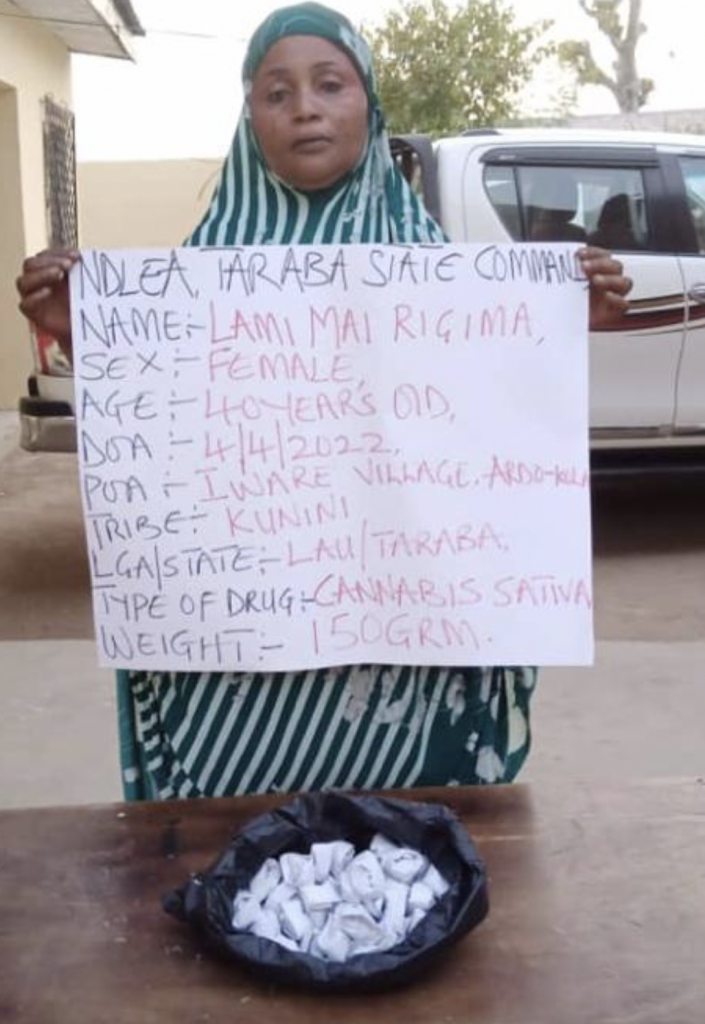