A group of young men who said they are Niger Delta ex-agitators have released a video where they promised to work for and “deliver” for Bola Ahmed Tinubu, National Leader of the ruling All Progressives Congress (APC) and an aspirant in the 2023 presidential election.

POLITICS NIGERIA reports that in the 1 minute 17 seconds video, the armed men were on the water. All of them were masked and apparently understands the terrain of the water.

It is not yet clear when and where exactly the video was made. 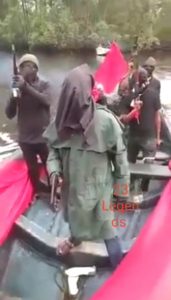 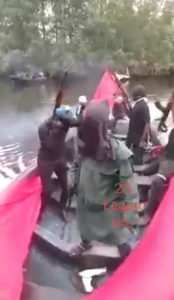 “2023, we the Niger Delta, the ex-agitators , from Akwa Ibom, Rivers State, Cross River, down to Bayelsa, to Delta, and Ondo State, and Edo State, we, the person ‘wey we wan work for’ we deliver from the coastal line, na the person of Ahmed Bola Tinubu. ‘Na him we wan work for’. We go deliver. If Asiwaju leads, we follow,” one of the masked men said.