Barrister Aloy Ejimakor, the Special Counsel to separatist leader, Nnamdi Kanu and the proscribed Indigenous People of Biafra (IPOB), on Thursday disclosed that he has sued the Director-general (DG) of the National Intelligence Agency (NIA), Ahmed Rufai Abubakar, for “his eight days false imprisonment of the IPOB leader in Kenya”.

POLITICS NIGERIA reports that Ejimakor said the suit is “prompted by newly-discovered evidence that implicated the DG/NIA beyond the infamous extraordinary rendition”.

“Yesterday (Wednesday), I filed suit against Ahmed Abubakar, the DG of National Intelligence Agency (NIA) for his 8 days ‘false imprisonment’ of Mazi Nnamdi Kanu in Kenya.

“The Suit is prompted by newly discovered evidence that implicated the DG/NIA beyond the infamous extraordinary rendition,” Ejimakor wrote on his known Twitter handle with accompanying documents. 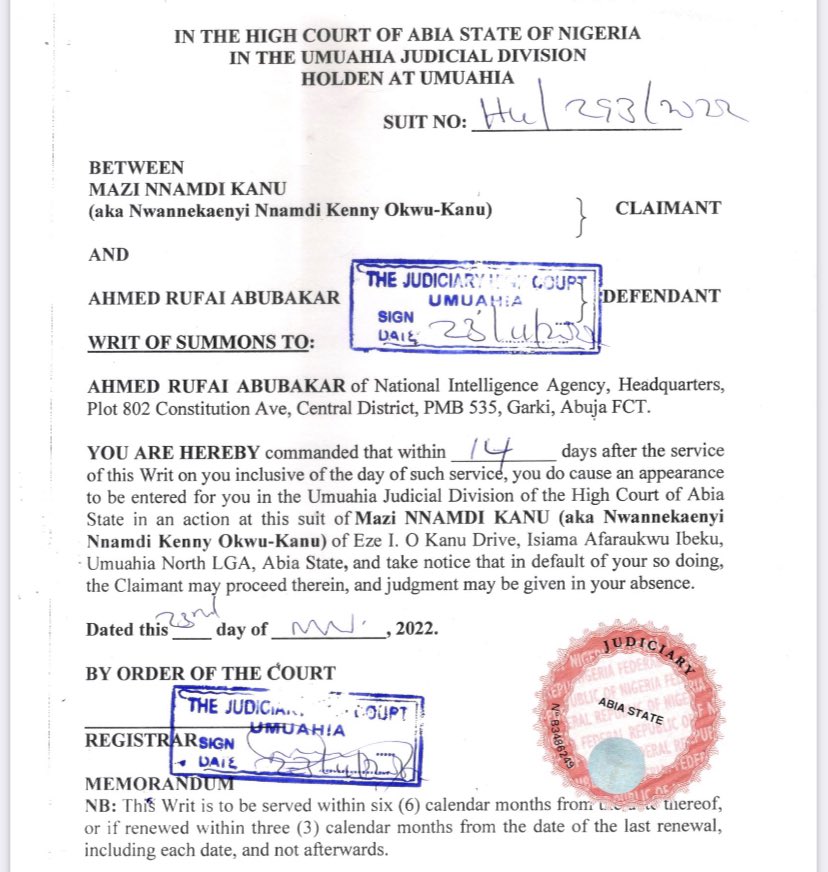 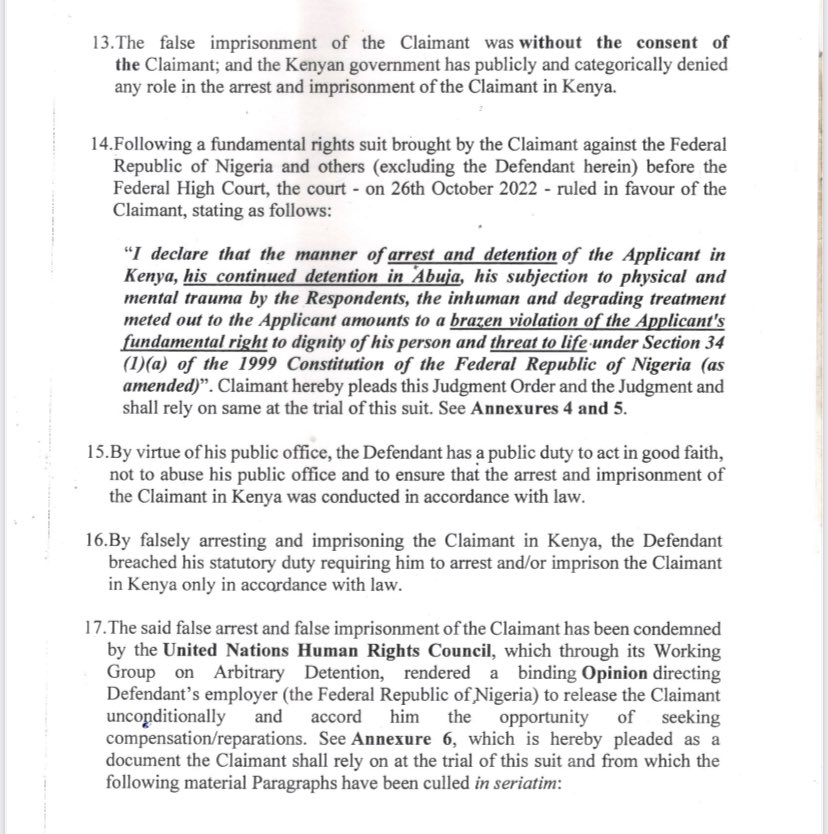 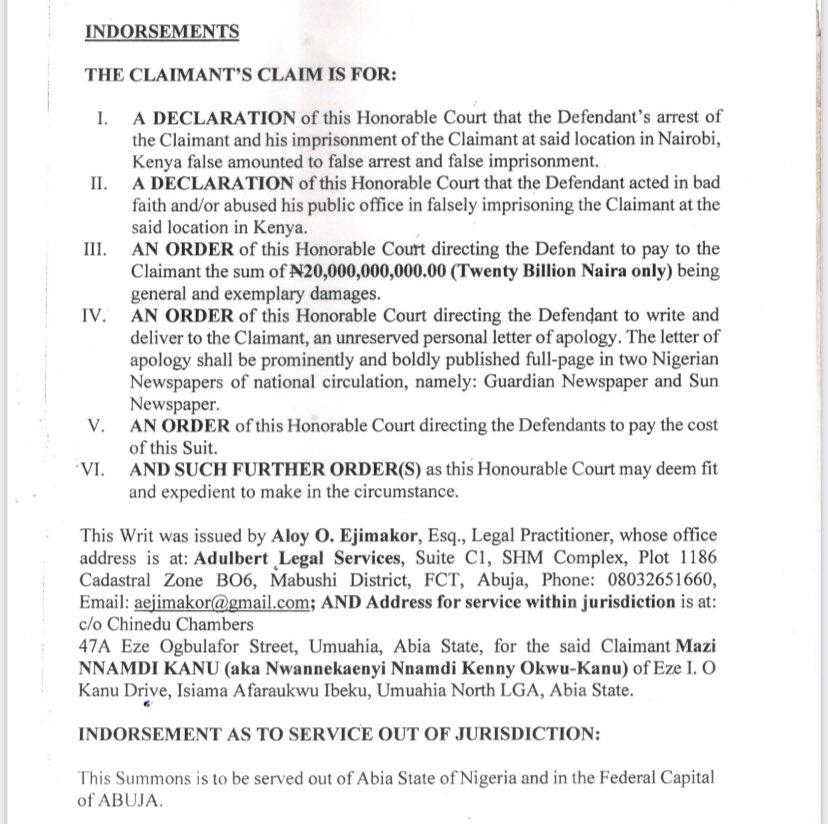 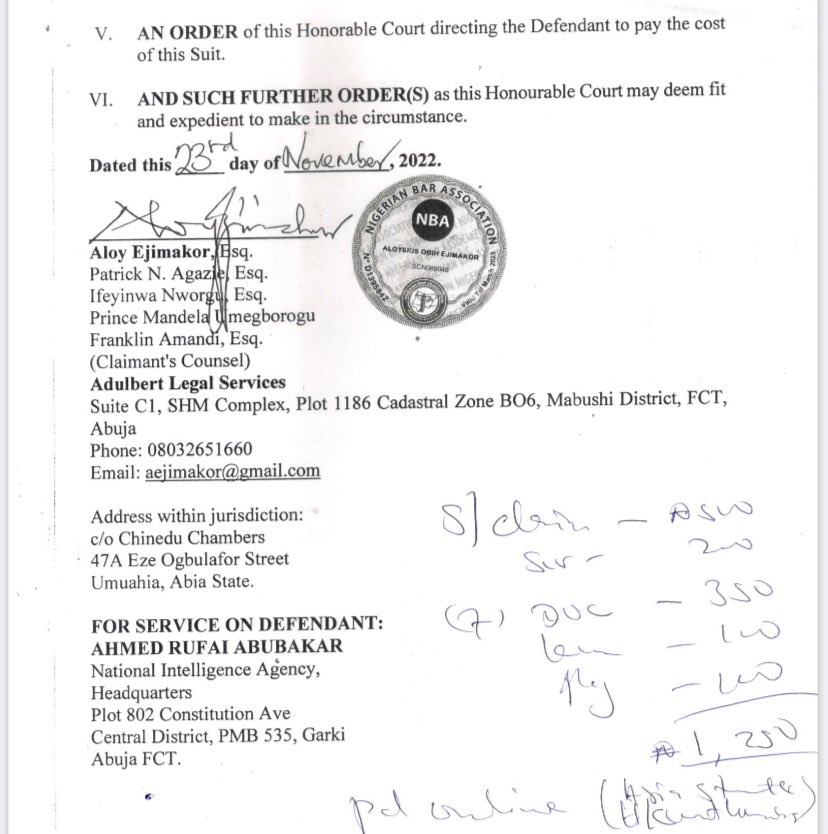 Recall that Kanu fled Nigeria in September 2017 after an invasion of his home by the military in Afara-Ukwu, near Umuahia, Abia State.

The federal government arrested and brought Kanu back to Nigeria in June 2021.

He was brought back to Nigeria to continue facing charges arising from his separatist activities pending against him, and has since been detained in the custody of the Department of State Services (DSS).