Barrister Aloy Ejimakor, the Special Counsel to separatist leader, Nnamdi Kanu and the proscribed Indigenous People of Biafra (IPOB), on Tuesday disclosed that he has served Abubakar Malami (SAN), the Attorney-General of the Federation (AGF), a legal notice suing him.

POLITICS NIGERIA reports that Ejimakor said he sued Malami over “defamatory and libelous statements” that his detained client absconded bail in 2017. 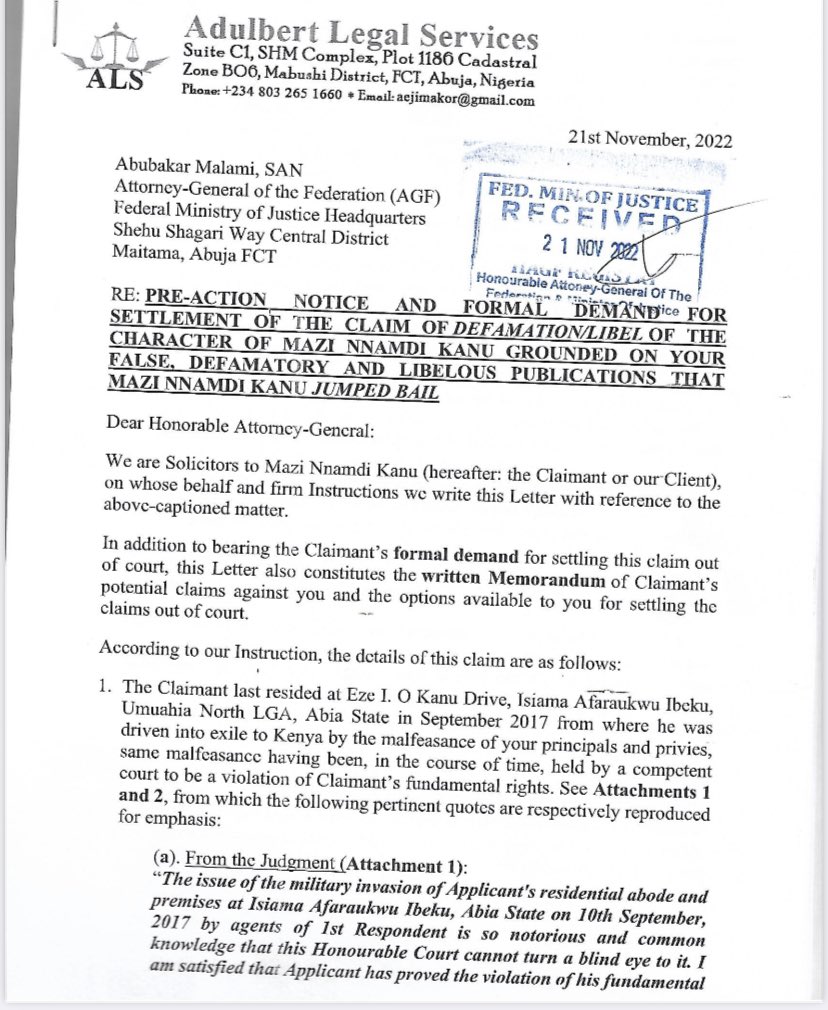 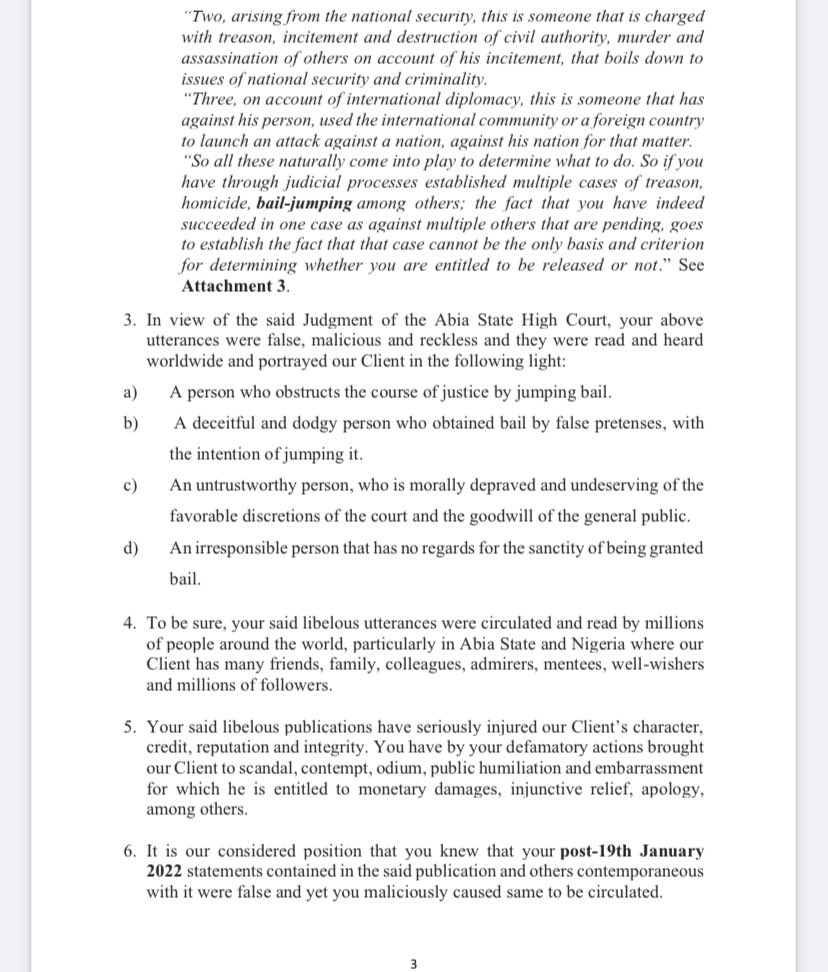 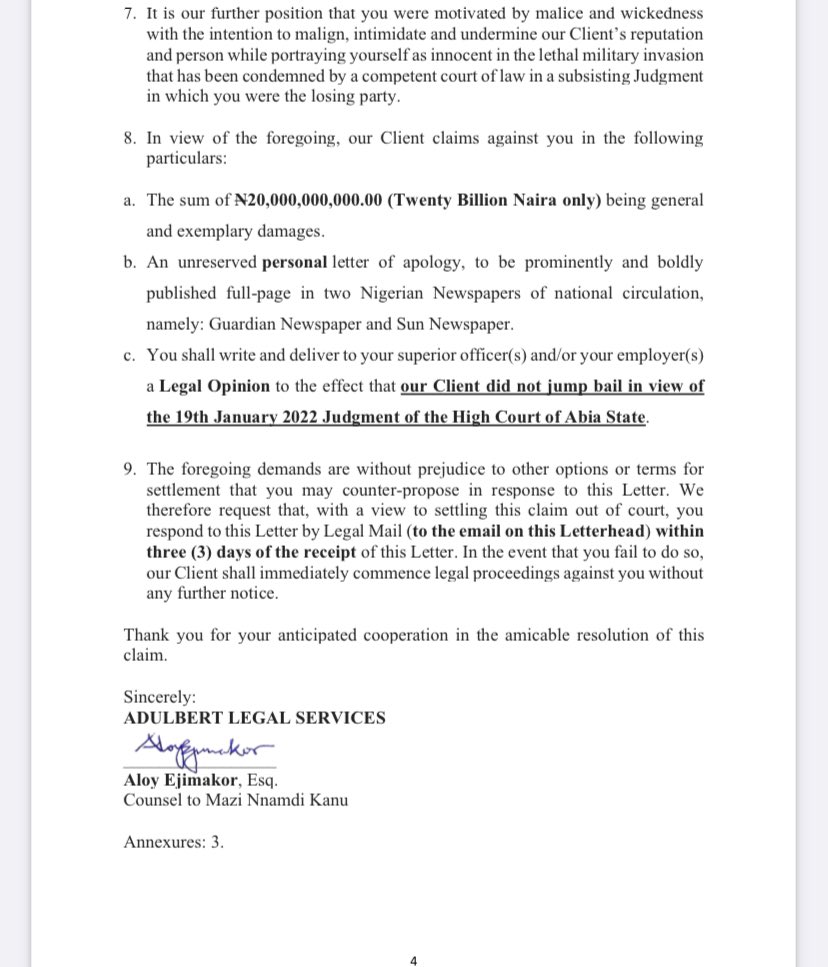 “Yesterday (Monday), I served on AGF Malami a Legal Notice (as required by law), notifying him of my intention to take legal action against him for his defamatory & libelous statements that #MNK (Mazi Nnamdi Kanu) jumped bail,” Ejimakor announced via his known Twitter handle.

This newspaper reports that Ejimakor and other members of Kanu’s legal team often argue that the IPOB leader never jumped bail, rather he was driven away by forces beyond his control.

According to Kanu’s team, “if anybody should answer any query on why he (Kanu) skipped bail, it should be the Federal Government of Nigeria”.

The ‘Operation Python Dance’ which made Kanu fled his home in Abia State in 2017 has been criticised by the separatist leader’s lawyers as absurd.