Reacting to the development on Tuesday morning via his known social media pages, Kanu’s lawyer, Barrister Aloy Ejimakor said he is “saddened by this untoward development over a Suit that seeks the unconditional release of Kanu from his illegal detention”. 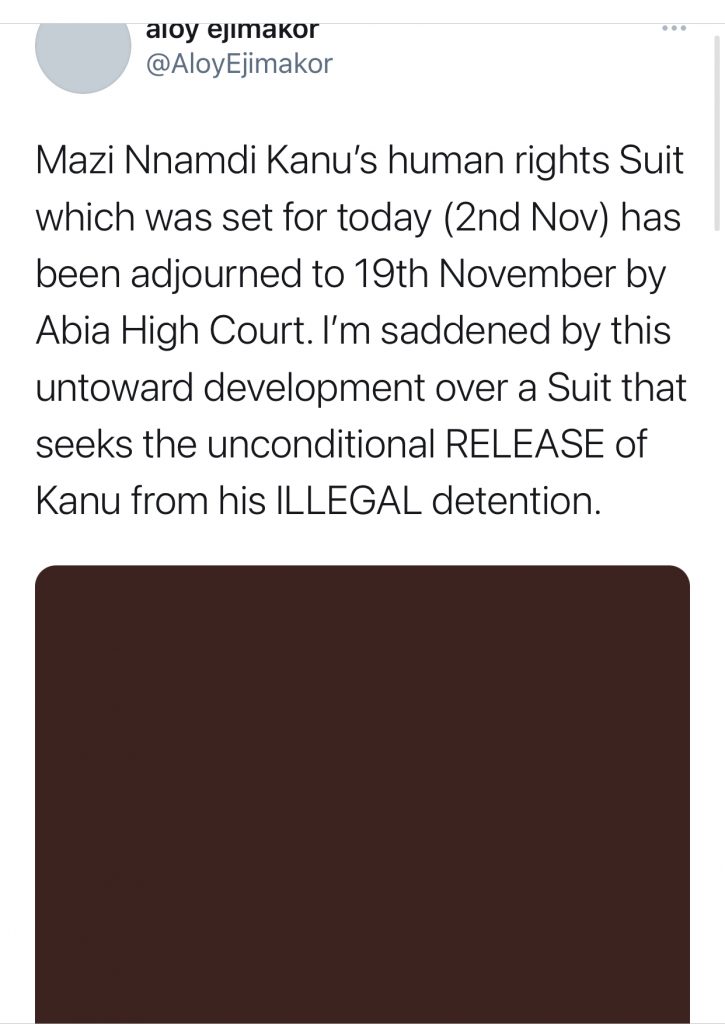 Ejimakor had, on August 27, 2021, filed the case, demanding that the Federal Government return the secessionist to Kenya where he was “abducted”.

He also demanded N5 billion from the government over alleged gross violation of Kanu’s fundamental rights.

At the last hearing of this matter on September 21, 2021, the vacation judge had made a ruling transferring the case to the Chief Judge of Abia State High Court for assignment.

Kanu leads the proscribed Indigenous People of Biafra (IPOB), a group he ‘founded’ in 2012. He is a Nigerian-British citizen.