POLITICS NIGERIA learned that Prince Oyowoli Emiko and Prince Omatsuli Emiko are currently wanted for breaking into the Private apartment of HRM Olu of Warri and stealing the Royal Crown.

Warrants of Arrest have been issued for both men by a Federal High Court in Benin City, Edo state.

POLITICS NIGERIA is in possession of the special police gazette bulletin declaring both men wanted.

It was issued by the Force Criminal Investigation Department Zone ‘5’ Headquarters, Benin City on the orders of the Inspector General of Police, Usman Baba Alkali. 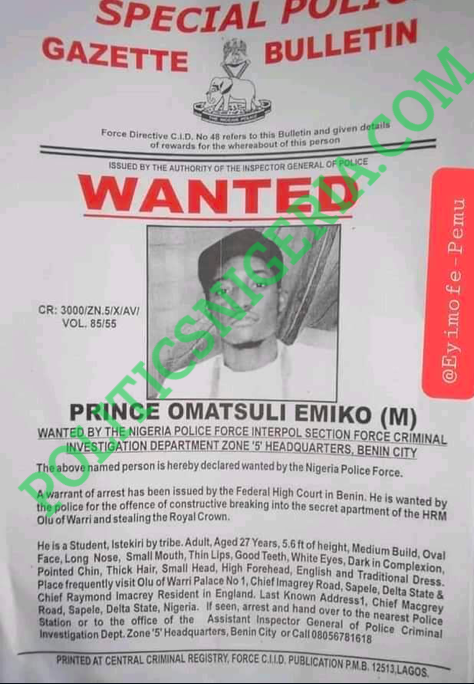 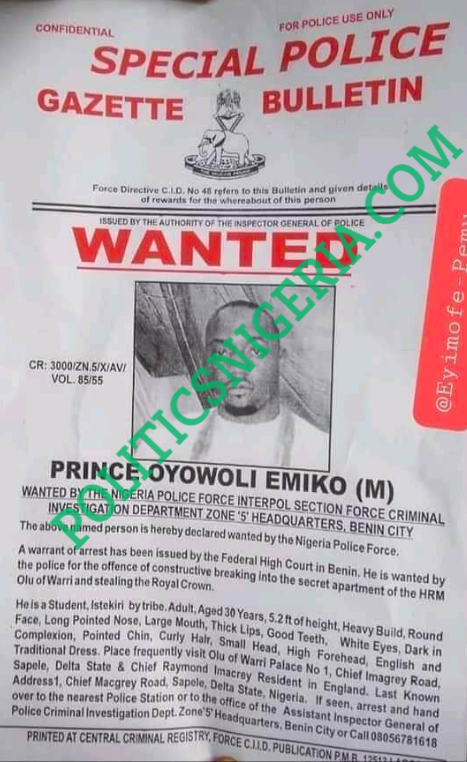