The Deputy Governor of Ondo State, Agboola Ajayi has sued the Ondo state house of assembly over an alleged plot to impeach him.

It will be recalled that Agboola and his boss, Ondo state governor, Rotimi Akeredolu are currently at loggerheads. The rift ultimately led to Agboola’s defection from the All Progressives Congress, APC to the Peoples Democratic Party, PDP, a few weeks ago.

The embattled politician claims that the state house of assembly was plotting his removal from office over his defection. Agboola, through his lawyer, I. Olatoke, filed a suit seeking to halt impeachment proceedings and enforce his fundamental right of association at the Federal High Court, Abuja.

The suit also has the Inspector General of Police, State Commissioner Of Police, State Security Service (SSS) and the Speaker of the Assembly, David Oleyeloogun as defendants.

Agboola is currently set to contest against Akeredolu as he was recently cleared to contest for the PDP’s Gubernatorial primaries in Ondo.

Presidential Probe: Why I can’t release/grant bail to Ibrahim Magu – IG of Police 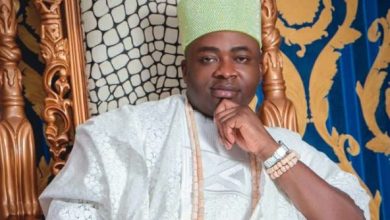