The Nigerian Presidency has reacted to a viral video of an NCDC official/pallbearer at the burial of late COS, Abba Kyari, dumping his PPE suit publicly.

POLITICS NIGERIA earlier reported about the development but Presidential aide, Bashir Ahmad has cleared the air on the video.

In a tweet on his social media page, Bashir disclosed that the NCDC officials suit was properly disposed of. He stated that although some NCDC officials removed their suit at the cemetery, they were all picked up and burnt.

He tweeted; “The video of an NCDC official dumping his PPE is misleading. True, some officials removed their PPEs at the cemetery, but a dedicated staff went around, picked all and put them in a casket and then used a chemical to burn them.

“They also disinfected the environment, immediately.” 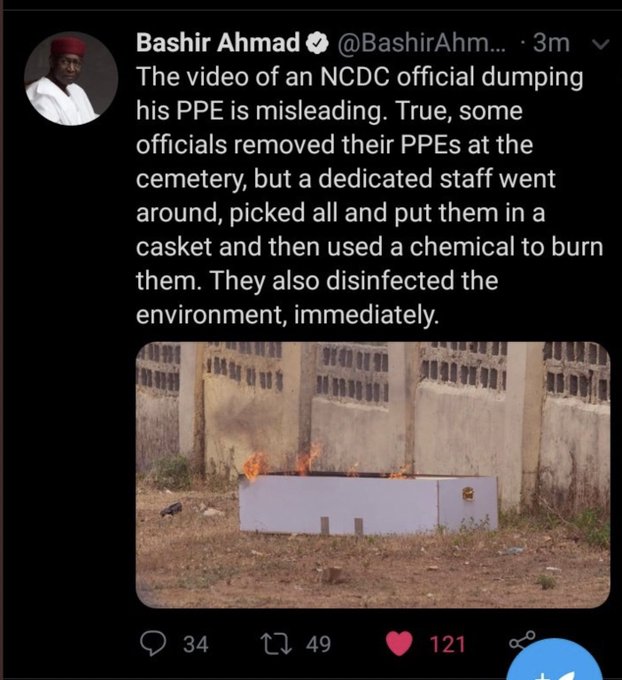