The Presidential jet landed at about 09:30 a.m. He is set to meet with Igbo leaders and commission several projects in the state.

The President’s visit to the state generated some controversy as members of the Proscribed Indigenous People of Biafra, IPOB vowed to sabotage the visit.

However, the Nigerian police force vowed to crush people who want to cause trouble during and after the President’s visit.

The Police issued the warning after IPOB ordered a sit-at-home exercise in the state and four other southeastern states in apparent disapproval of Buhari’s visit. The pro-Biafra group’s Director of State, Chika Edoziem, announced the protest in a Radio Biafra Broadcast. He said, “Buhari is not welcome to Imo on Thursday, September 9, 2021.”

Several supporters were seen at the airport jubilating over the President’s visit. 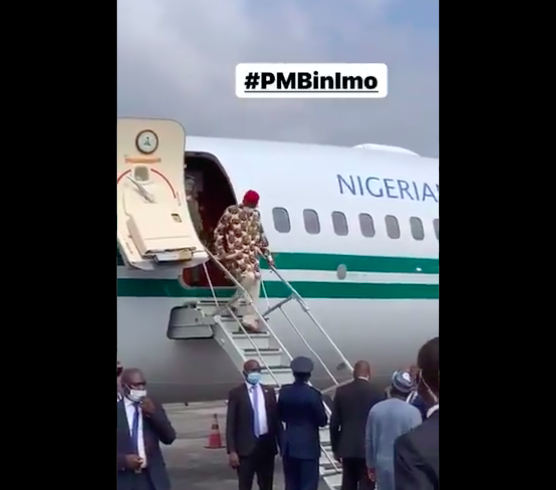 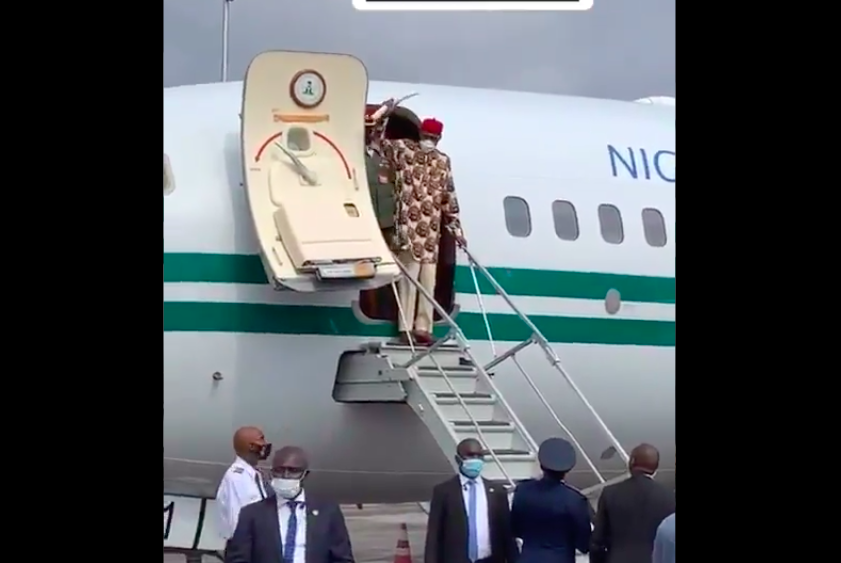