A serving Reps member and Nephew to President Buhari, Fatuhu Muhammad has dumped the ruling All Progressives Congress, APC.

The son of President Buhari’s elder sister represents the Daura/Mai’Adua/Sandamu Federal Constituency of Katsina State in the House of Representatives.

He had failed to secure his reelection ticket. In the primary election, Fatuhu got only 30 votes while his rival, Aminu Jamo, polled 117 votes.

In a letter to the ward Chairman of Sarakin Yera A Ward in Daura, Fatuhu thanked the party for giving him its platform.

Below is a photo of his resignation letter; 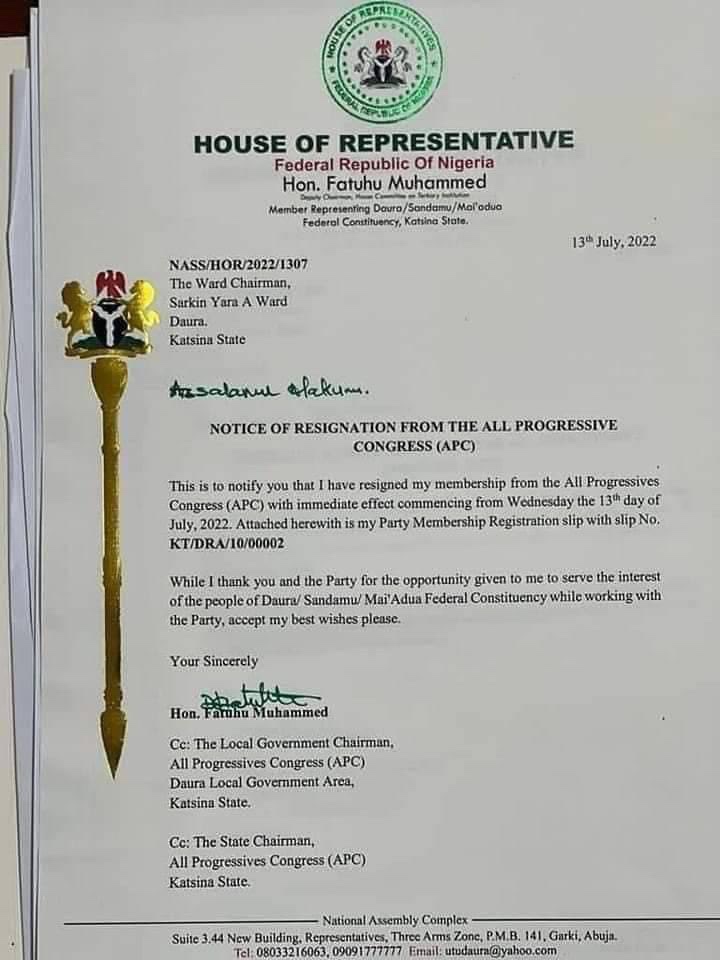