Some youths committing crime in the southeast region under the name, ‘Unknown Gunmen’, have been arrested by security operatives in Ukpor Nnewi South Local Government Area (LGA) of Anambra State.

POLITICS NIGERIA reports that weapons, a casket, military wears, and other items were recovered by the Anambra State Joint Task Force (JTF), who tracked them to their camp on Friday.

In a video circulating on the internet, one of the gunmen simply identified as ‘Fifty’, said he has killed four people since joining the criminal gang. He revealed that his group killed security personnel after gathering intelligence that they were being traced.

‘Fifty’ while explaining their modus operandi revealed late ‘Double Lion’ who was killed in June as one of his gang members.

He also mentioned one Evans a colleague in crime.

See photos from security agents’ successful operation on the gunmen’s camp in Ukpor below: 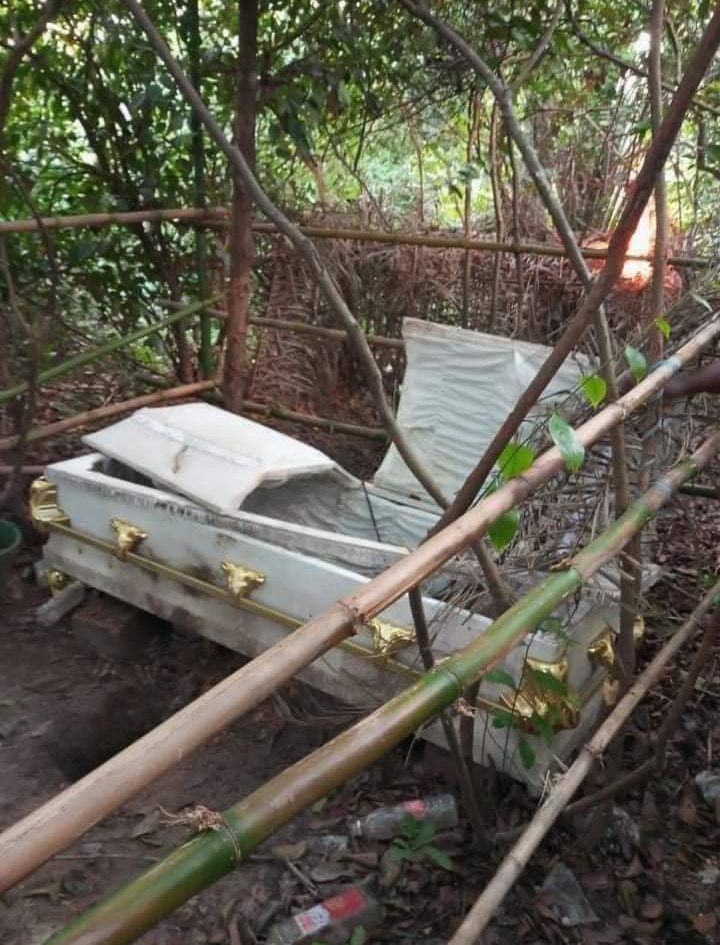