POLITICS NIGERIA has been furnished with footage of Nigerian Soldiers jubilating upon receiving news that Major General Farouk Yahaya’s appointment as Chief of Army Staff.

On Thursday afternoon, Yahaya’s appointment was announced via a statement from the Nigerian Defence headquarters, signed by Onyema Nwachukwu, the acting director of defense information. 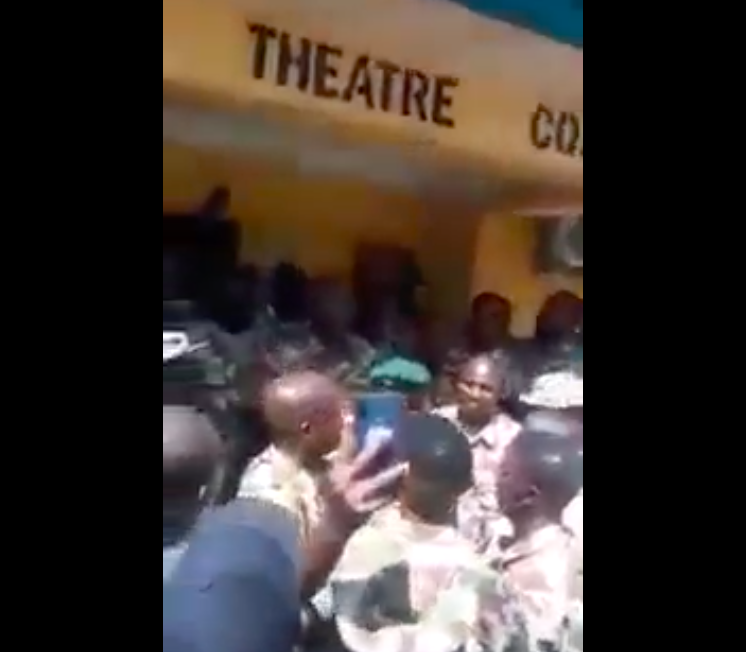 The 55 year old was the General Officer Commanding 1 Division of the Nigerian Army and the incumbent Theatre Commander of the Counter-Terrorism, Counter-Insurgency military outfit in the North East code-named: Operation HADIN KAI.

The atmosphere at the Theatre Command HQ in Maimalari Cantonment, Maiduguri on Thursday afternoon was joyful as soldiers hailed Yahaya while he addressed them. Watch the footage below;