The Presidential Candidates of various political parties in Nigeria have converged in Abuja to sign a national Peace Accord ahead of the 2023 Presidential Elections.

POLITICS NIGERIA recalls that a  former Head of State and Chairman, National Peace Committee, Abdulsalami Abubakar, had stated that politicians contesting the 2023 general election had to sign a peace pact.

Abdulsalami made this known on last Thursday, September 22, in Minna, Niger State, after a meeting with the committee members. He stated that during electioneering campaigns, politicians and their supporters created incitements which could endanger the country’s peace.

He said; “The pattern of public communication among political actors, their publicity agents, spokespersons, and media consultants has amplified the potential for personal attacks, insults, and incitement.”

“It has shifted focus away from issue-based campaigns, to consolidating identity politics and the politics of thuggery.”

The signing of peace commenced today at the International Conference Centre, Abuja.

The Presidential Candidate of the Labour Party, Peter Obi, Atiku of the Peoples Democratic Party, PDP, Rabiu Kwankwaso of the NNPP, Chris Imolumen of the Accord Party and Omoyele Sowore of the AAC were all present.

However, the candidate of the All Progressives Congress, APC, Bola Ahmed Tinubu was nowhere to be seen.

Below are Photos from the event; 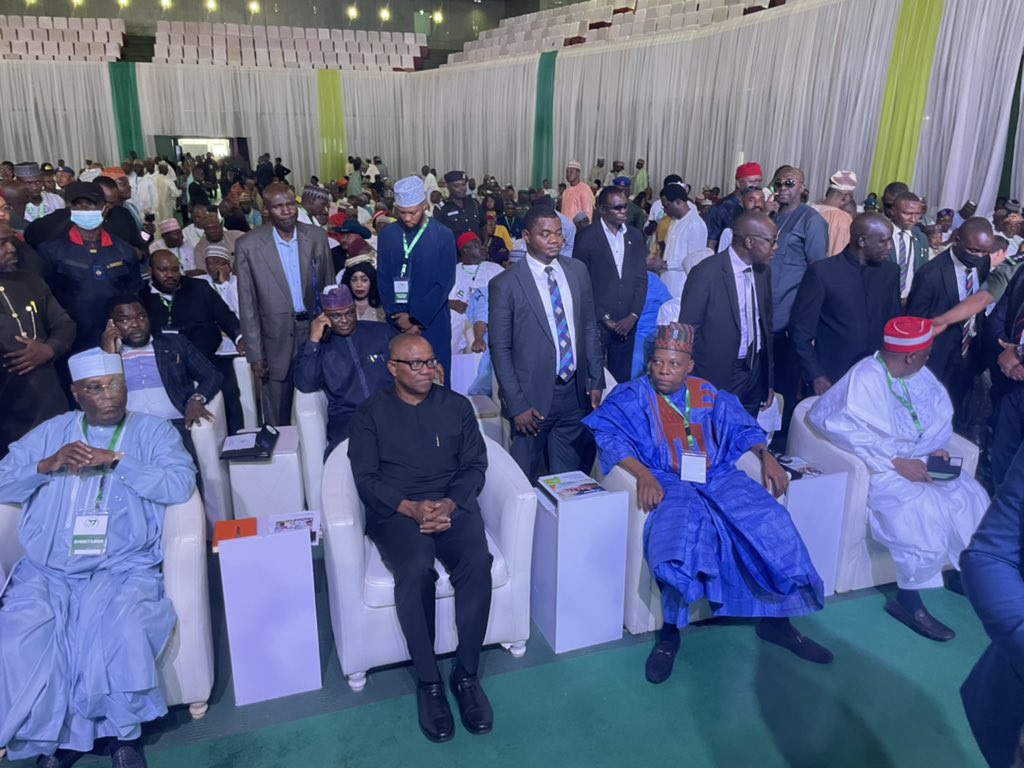 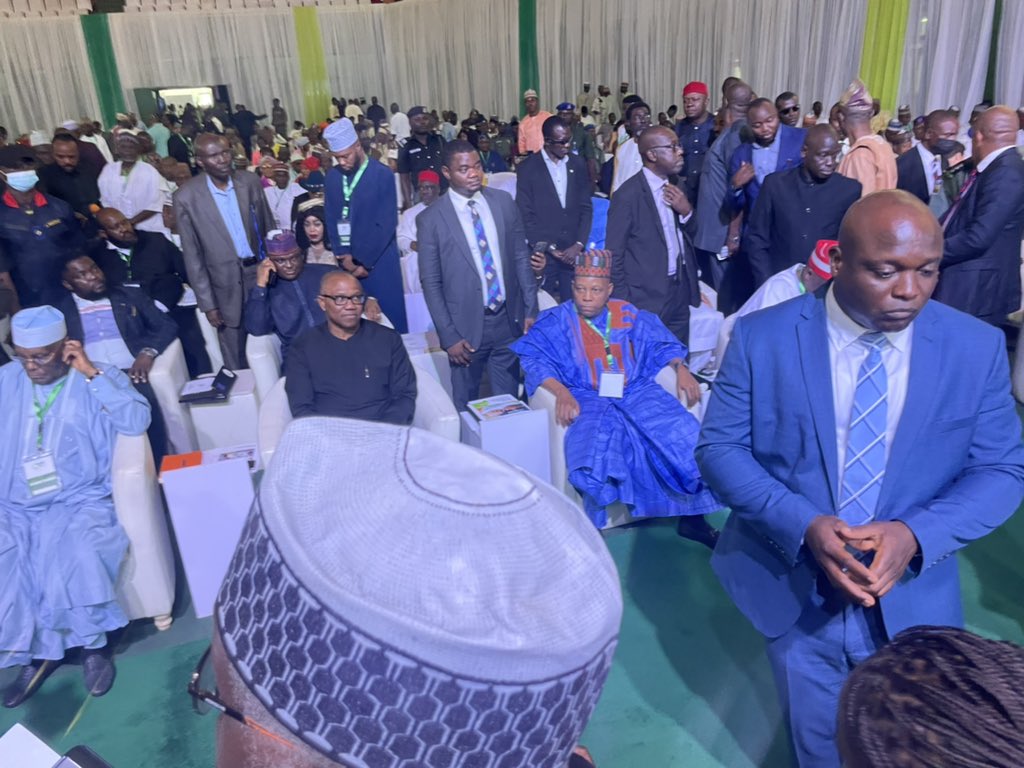