National leader of the All Progressives Congress, APC, Bola Ahmed Tinubu was in high spirits as the Governor of Lagos, Babajide Sanwoolu paid him a visit in London, United Kingdom.

The Jagaban of Borgu Kingdom was looking hale and hearty as he discussed and cheered with Sanwo-olu.

This development is contrary to widespread reports that the Political Juggernaut was ‘very sick’. POLITICS NIGERIA gathered that Tinubu was only in London for a Vacation. 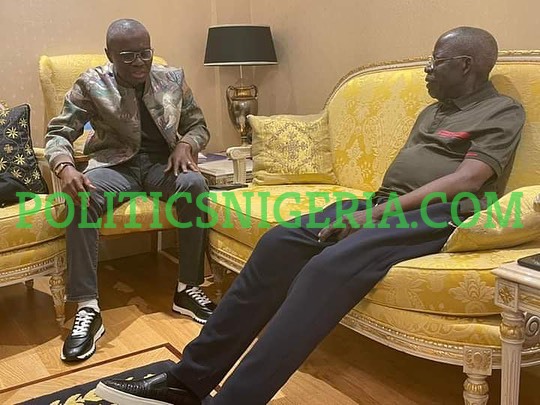