POLITICS NIGERIA learnt that Bankole died on Monday. The actual cause and place of her death are unknown as of the time of publishing this report.

In 2019, Bankole was awarded the Young Talents Sub-Saharan Africa Awards alongside 19 other female researchers. The award was jointly sponsored by Fondation L’Oréal and the United Nations Educational, Scientific and Cultural Organization (UNESCO) For Women in Science programme. 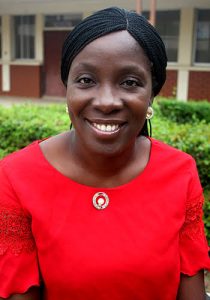 Late Bankole is a post-doctoral researcher/lecturer at the Federal University of Technology (FUT), Minna, Niger State.

She is from Ilorin, Kwara state, and until her death, was married to Bamidele Abayomi Dada, also a worker at FUT, Minna.