Prof. Folasade Ogunsola has emerged as the Acting Vice-Chancellor of the University of Lagos UNILAG.

POLITICS NIGERIA reports that she was elected at an emergency senate meeting held on Monday at the Senate Chamber of the institution.

Until her emergence, Ogunsola was the Deputy Vice-Chancellors’, Development Services. She was elected after polling 135 votes to defeat DVC management Services, Prof. Ben Oghojafor who polled 31 votes.

Ogunsola was the first woman to be the Provost College of Medicine University of Lagos before she became DVC.

Recall that President Muhammadu Buhari had asked the embattled and sacked Vice-Chancellor UNILAG, Prof. Toyin Ogundipe to step aside.

Buhari also directed the Pro-Chancellor of the institution, Dr. Wale Babalakin to recuse himself from official duties. The president constituted a special visitation panel to look into the ongoing crisis in UNILAG. 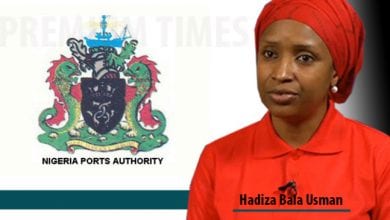